US Doctor Accused Of Needlessly Removing Uteruses Of Women 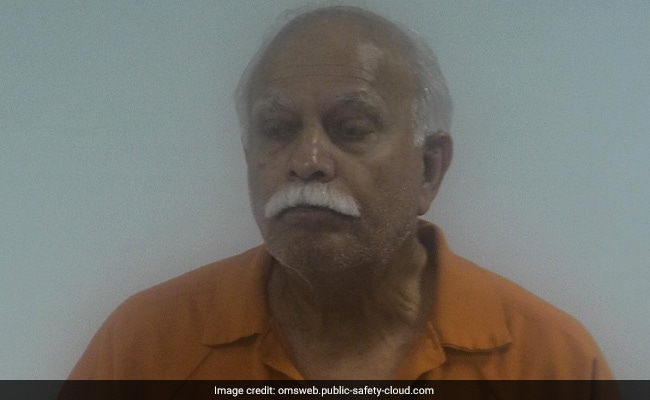 Javaid Perwaiz has been practicing medicine in Virginia since the 1980s.

In the two weeks since authorities accused Virginia gynecologist Javaid Perwaiz of performing unnecessary surgeries on women to collect insurance kickbacks, hundreds of distraught former patients have contacted federal authorities, concerned they might be among the people who allegedly endured invasive procedures they did not want or need.

The Federal Bureau of Investigation and U.S. attorney's office for the Eastern District of Virginia designated a hotline for potential victims, 1-800-CALL-FBI, and created a webpage for those seeking information about the case, their rights and medical records.

Perwaiz, who has been practicing medicine in Chesapeake, Virginia, since the 1980s, was arrested Nov. 8 on one count each of health-care fraud and making false statements relating to health-care matters. He was denied bond in a hearing on Nov. 14 and remains in custody at the Western Tidewater Regional Jail.

Prosecutors allege that for at least a decade, Perwaiz built his practice on an "extensive scheme" that included falsifying medical charts to justify medically unnecessary surgical procedures - including hysterectomies, dilation and curettages and the removal of ovaries and fallopian tubes - to defraud Medicaid and the Blue Cross Blue Shield Federal Employee Program.

Charging documents allege Perwaiz's volume of in-office hysteroscopies - a procedure that involves examining the uterus and cervix with a thin, lighted tube - far outpaced that of his colleagues. In fiscal year 2016, he performed 86 such procedures. In 2017 he performed 87. The next-leading provider performed six hysteroscopies in the same time frame.

According to court documents, Perwaiz performed these exploratory procedures with potentially broken equipment.

Many patients have described Perwaiz with fondness, complimenting his bedside manner and claiming they trusted him. But court documents describe a pattern of behavior the doctor allegedly used to persuade his patients, including using the threat of cancer as a scare tactic and telling women they needed "annual cleanouts" to remove fibroids or cysts that might not have existed.

U.S. Magistrate Judge Robert Krask wrote in his detention order that the accusations against Perwaiz were "deeply disturbing" and the evidence "significant."

Perwaiz has come under intense scrutiny throughout his decades-long career.

In 1983, he lost hospital privileges at Maryview Hospital in Portsmouth, Virginia - now under new ownership as Bon Secours Maryview Medical Center - due to "poor clinical judgment and for performing unnecessary surgeries," according to court documents.

Two years later, he was investigated by the Virginia Board of Medicine for performing a dozen hysterectomies within one year on women in their 20s, 30s and 40s "without appropriate medical indications and contrary to sound medical judgment," according to documents.

The board censored him, which medical professionals say is the equivalent of a slap on the wrist.

In 1996, he pleaded guilty to two counts of tax evasion, and he came before the medical board again. His medical license was temporarily revoked, then reinstated in 1998.

Perwaiz has been accused of similar behavior in at least eight medical malpractice suits.

The current investigation began in September 2018, when the FBI received a tip from hospital employees who suspected Perwaiz was performing "unnecessary surgeries on unsuspecting patients."

Before his arrest, Perwaiz had two offices in the town of Chesapeake, which sits south of Norfolk on the Elizabeth River. He was also affiliated with Bon Secours Maryview Medical Center and Chesapeake Regional Medical Center. Both hospitals have since severed ties with the doctor.

Dozens of Perwaiz's former patients are now questioning years of treatment by Perwaiz, and whether certain surgeries were in fact necessary. They described rushing to schedule appointments with new doctors to examine whether Perwaiz performed procedures without their knowledge.

Calls and messages have also been flooding the offices and Facebook pages of personal injury and medical malpractice lawyers in the region.

Mario Stellute, one of the lawyers representing former patients of Perwaiz, said he has had more than 30 women reach out. Karen Evans, a partner with the Cochran Firm, said more than 50 women have contacted her office, many of them lower-income women and women of color.

"I suspect it's just the tip of the iceberg," she said.

William Breit, another lawyer representing Perwaiz's former patients, said he has received about a dozen calls. Many of the patients relied on Medicaid and reported receiving high numbers of surgeries. One woman said Perwaiz performed eight procedures on her.

Women who saw Dr. Perwaiz in 2015 through 2019 can obtain copies of their medical records, which were seized by the FBI, by emailing usavae.perwaiz.medical.records@usdoj.gov with their full name and the dates of their care. Those who were seen before 2015 should reach out to Perwaiz's office, federal officials said.

None of the women who spoke to Breit have been able to obtain their medical records yet, he said. Former patients are reaching out to the hospitals where he performed surgeries, primarily Bon Secours Maryview Medical Center and Chesapeake Regional Medical Center, to request their documentation.

"Most of these women don't know whether they are one of the patients who had been getting medical surgeries that were unnecessary," Breit said, "because none of these people understood what was happening."