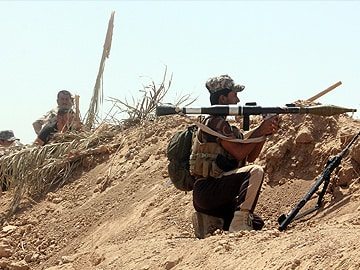 Washington: Two US aircraft on Friday bombed Islamic State extremist positions in northern Iraq after artillery fire near US personnel, the Pentagon said.

The raid - the most significant since the United States withdrew from Iraq - came a day after President Barack Obama authorized force as he voiced fears of genocide against minorities.

The United States bombed the position after Islamist fighters shelled Kurdish forces defending Arbil, where US personnel are stationed, he said.

The strike, carried out at 1045 GMT, targeted the Sunni Muslim extremist movement Islamic State of Iraq and the Levant that has swept across Syria and Iraq.

"As the president made clear, the United States military will continue to take direct action against ISIL when they threaten our personnel and facilities," Kirby said in a statement.

Obama, who opposed the 2003 invasion and has vowed no return of ground troops, said Thursday that he authorized action due to fears of genocide as thousands of members of the Yazidi minority fled for their lives.

Promoted
Listen to the latest songs, only on JioSaavn.com
On Thursday, the United States dropped thousands of gallons of drinking water and 8,000 packaged meals to Yazidis who risk starvation as they cram onto Mount Sinjar.