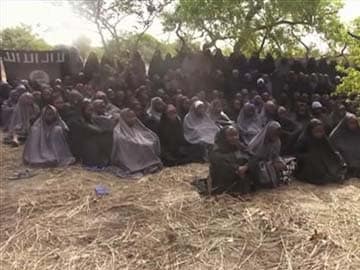 Abuja: UN education envoy Gordon Brown on Tuesday pledged that a school from where more than 200 girls were kidnapped by Islamist militants will be rebuilt, as he visited Nigeria for talks on boosting security.

Britain's former prime minister met President Goodluck Jonathan and Finance Minister Ngozi Okonjo-Iweala as part of his "Safe School Initiative" unveiled in May, which aims to help hundreds of schools hit by the Boko Haram insurgency.

The scheme, backed by $10 million (7.5 million euros) of private business donations matched by the Nigerian government, will initially target 500 schools in the violence-ravaged northeast.

"This is a programme for the whole country, but it is starting in the states which have the greatest problem with terrorism over recent months," Brown said.

"We also want to help the rebuilding of Chibok schools because we want parents of that area to be sure that when their girls are released they can come home to a school that is rebuilt and safe."

The girls' school in the remote town in northeastern Borno state was destroyed in the attack on April 14, which saw 276 girls abducted from their dormitories. A total of 219 are still missing.

Many of the girls were attending the school to sit public exams because their schools had either shut due to fears of violence or had been destroyed in previous Boko Haram attacks.

The group, which wants to create a hardline Islamic state in Muslim-majority northern Nigeria, opposes schools that teach a so-called Western curriculum and has launched previous attacks on teachers and students.

UNICEF said Monday that Nigeria has the most children out of school in the world -- more than 10.5 million. Many are girls, mainly in the north.

The "Safe Schools Initiative" will start with Borno, as well as neighbouring Adamawa and Yobe, which have been worst hit by the unrest.

Brown described the project as the biggest initiative of its kind and said it would include provision of communications equipment and security guards.

Although the initial investment is $20 million, he said the target was $100 million. Some countries and foreign agencies have been contacted to help in the project, Brown added.

"There is collective determination on the part of the world to support the country because all of us have at some time faced a terrorist problem," he said.

Promoted
Listen to the latest songs, only on JioSaavn.com
"We want to help secure the release of the girls and to make young girls and boys feel secure when they go to school."