As the trainee began to show signs of distress, Boris Johnson was seen turning around and asking: "Are you alright?" 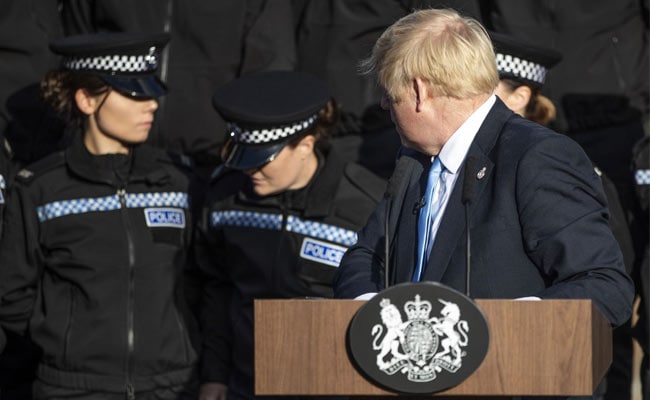 Boris Johnson turned around and said: "I think that's a signal for me actively to wind up." (AFP)

Prime Minister Boris Johnson ploughed on with a largely Brexit-themed address on Thursday even though a police cadet behind him appeared to faint after waiting for him on her feet for over an hour.

As the trainee began to show signs of distress, Johnson was seen turning around and asking: "Are you alright?"

Johnson then turned around and said: "It's alright, I'm so sorry, I think that's a signal for me actively to wind up."

But he then continued speaking even after he watched her slumping down. She got up again as he finished his speech.

"Johnson kept these trainees waiting on their feet, and unsurprisingly, one of them appears to have felt faint," said Diane Abbott, home affairs spokeswoman for the main opposition Labour Party.

"He saw that happen and ignored it. Tells you everything you need to know about this man - and how much he really cares about the police service," she added.

Johnson was speaking at a police academy in Wakefield in northern England.

Others criticised Johnson's decision to deliver a highly-politicised speech and question-and-answer session with the media in front of a class of cadets.

"This is an abuse of power by Boris Johnson, making so many police stop their training and work to be part of his political stunt," said Labour MP Yvette Cooper.

(Except for the headline, this story has not been edited by NDTV staff and is published from a syndicated feed.)
Comments
Boris JohnsonBoris Johnson Brexit