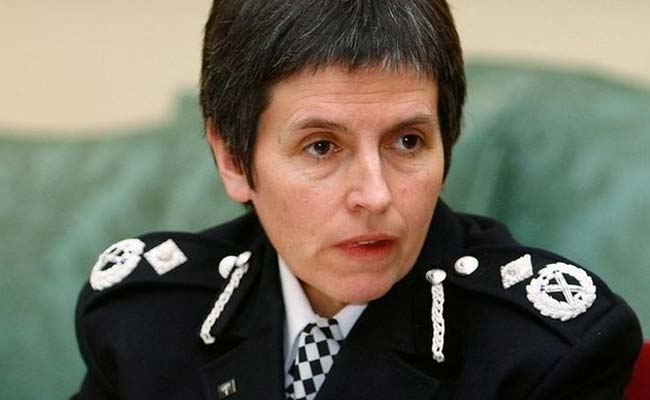 London: Britain has appointed experienced counter-terrorism officer Cressida Dick, best known for heading an operation which led to the killing of an innocent Brazilian, as the first woman to head London's police force in its 188-year history.

Ms Dick, 56, becomes the most senior officer in the country, heading a force of some 43,000 officers and staff and controlling a budget of more than 3 billion pounds.

"I am thrilled and humbled. This is a great responsibility and an amazing opportunity," said Dick, who has been working for Britain's Foreign Office after leaving the London force in 2015.

The Oxford University graduate had been the favourite to succeed Bernard Hogan-Howe who steps down as Metropolitan Police Commissioner this month after five years in charge.

Cressida Dick's appointment to the top job at Scotland Yard means that for the first time in its history, Britain's biggest police force will be run by a woman, Xinhua news agency reported.

So important is the role of 'Britain's top cop' that Ms Dick was appointed by Queen Elizabeth II following a recommendation from the Home Secretary.

The Metropolitan Police or Met, as it is commonly known, is the largest police force in Britain, with more than 43,000 employees and an annual budget of over 3 billion pounds ($3.74 billion).

Ms Dick will also have to decide how to police the upcoming state visit of US President Donald Trump which has already generated anger and is likely to be dogged by protests.

Highly respected and popular with ordinary officers, Ms Dick joined the London force, known as Scotland Yard, in 1983 as a constable and made her way up the ranks including a spell back in charge of her hometown of Oxford.

In July 2005, she headed the operation that led to Jean Charles de Menezes, 27, being shot dead by police at Stockwell underground station in south London after the Brazilian electrician was mistaken for a would-be suicide bomber.

Only the day before, four Islamist terrorists had tried unsuccessfully to bomb London's transport network and police wrongly thought he was Hussein Osman, one of the attackers on the run, who lived in the same apartment block as de Menezes.

British security services were already on a high state of alert as two weeks earlier four young British Muslims had killed 52 people and themselves in suicide bombings on three underground trains and a bus.

Promoted
Listen to the latest songs, only on JioSaavn.com
London Mayor Sadiq Khan said, "Cressida Dick will be the first female commissioner of the Met in its 187-year history, and the most powerful police officer in the land. She has already had a long and distinguished career, and her experience and ability has shone throughout this process."

(With inputs from Reuters and IANS)