White lions and tigers are both extremely rare, numbering only a few hundred worldwide, and owe their appearance to a recessive gene. 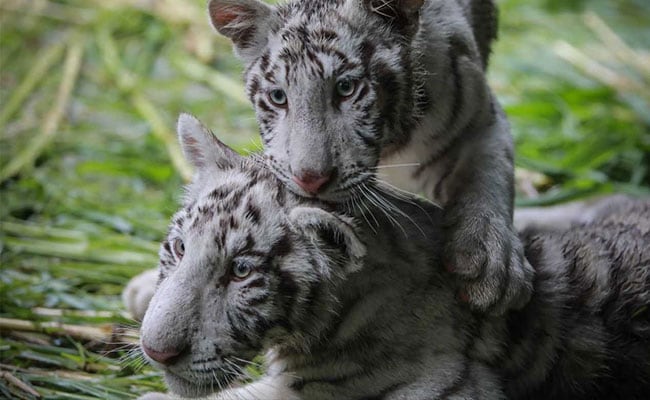 The siblings named Osman and Halime are the only animals of their kind in Central America.

Two white tiger cubs have been taken to their new home at the Nicaragua National Zoo, where the playful pair will join a menagerie of rare big cat species.

The siblings, named Osman and Halime, are both five months old and the only animals of their kind in Central America, zoo director Eduardo Sacasa said on Monday. They were donated from a Mexican zoo, home to their parents, and are the third generation of tigers born in captivity in that country, he added.

White lions and tigers are both extremely rare, numbering only a few hundred worldwide, and owe their appearance to a recessive gene. They are not albino or a separate tiger subspecies. The World Wildlife Fund (WWF) estimates that the number of wild tigers has plunged from 100,000 in 1900 to around 3,900 today. Numbers have risen in recent years but the species is still vulnerable to extinction, the WWF says.

"In their natural habitat they are almost extinct... there's more living in zoos (than in the wild)," Sarcosa said.

The adoption of Osman and Halime has been sponsored by a local entrepreneur who will underwrite the pair's food and veterinary care.