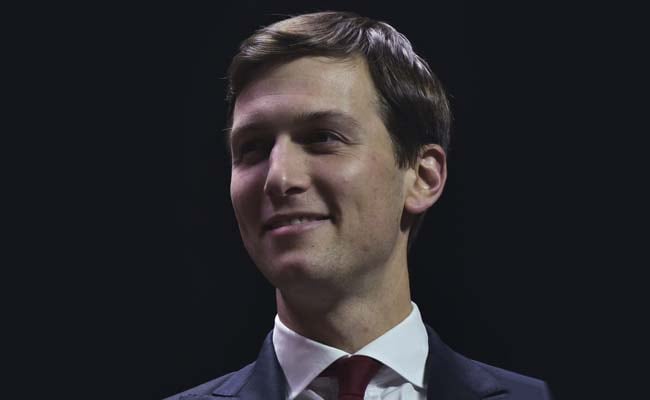 Jared Kushner, 36, is senior adviser and son-in-law of US President Donald Trump.

Nicole Kushner Meyer was in China at the weekend, seeking more than $150 million in investment in a luxury apartment complex known as "One Journal Square," on which ground is scheduled to break early next year.

She urged wealthy Chinese to buy stakes through the EB-5 visa program that offers US residency in exchange for at least $500,000 investment in a US business that must also create at least 10 American jobs.

The pitch raised concern over potential conflicts of interest and set off a media firestorm in the United States, leading Kushner Companies to issue a formal apology on Monday.

"In the course of discussing this project and the firm's history with potential investors, Ms Meyer wanted to make clear that her brother had stepped away from the company in January and has nothing to do with this project," the firm said.

"Kushner Companies apologizes if that mention of her brother was in any way interpreted as an attempt to lure investors. That was not Ms Meyer's intention."

The New York Times reported that at an event in Beijing on Saturday, Meyer told investors that the project "means a lot to me and my entire family," and mentioned her brother's former role as chief executive of Kushner Companies.

Jared, 36, is senior adviser and son-in-law of US President Donald Trump. He stepped down from the family business in January to join the US administration where he has far-reaching influence over both domestic and foreign policy.

Representatives of Chinese government-approved immigration agency QWOS, which hosted the investment drive, pointedly dropped the name of Trump's daughter Ivanka, who is Jared Kushner's wife and popular in China.

Promoted
Listen to the latest songs, only on JioSaavn.com
Attendees were reassured by a US lawyer that despite his tough talk on immigration, Trump himself was a key decision-maker for EB-5 policy and was unlikely to make any changes to it in the near future -- making it a safe path to US residency.