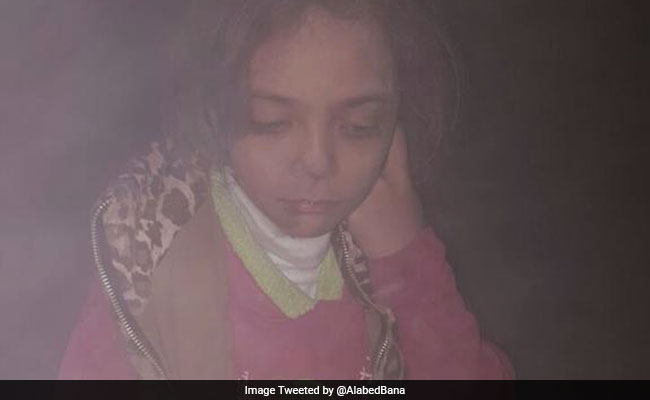 The Syrian army and its allies on Monday announced the capture of a swathe of eastern Aleppo from rebels.

London: A seven-year-old Syrian girl, whose depictions of daily life in Aleppo have gained a large Twitter following, has sent harrowing messages describing the bombardment of her house as government forces advance on rebel-held parts of the city.

Bana Alabed has amassed some 137,000 followers since joining the social media site in September, sharing videos and pictures of life during the year conflict from her @AlabedBana account managed by her mother, Fatemah.

We have no home now. I got minor injury. I didn't sleep since yesterday, I am hungry. I want to live, I don't want to die. - Bana #Aleppo

Several hours later, a picture of the young girl covered in dust was uploaded with the text:

Tonight we have no house, it's bombed & I got in rubble. I saw deaths and I almost died. - Bana #Aleppopic.twitter.com/arGYZaZqjg

Under heavy bombardments now. In between death and life now, please keep praying for us. #Aleppo

Reuters could not immediately verify the events described by Bana and her mother.

The Syrian army and its allies on Monday announced the capture of a swathe of eastern Aleppo from rebels in an accelerating attack that threatens to crush the opposition in its most important urban stronghold.

Contacted by Reuters, Fatemah said the family were staying with neighbours while they looked for another house.

"We wait & see because right now we are fighting for life," she said in English via Twitter.

Bana's past tweets have gained responses from various users including "Harry Potter" author J.K. Rowling, who has sent the young girl eBooks of the best-selling series.

Promoted
Listen to the latest songs, only on JioSaavn.com
(Reporting By Eleanor Whalley; Writing by Marie-Louise Gumuchian; Editing by Richard Lough)