Western countries have begun reviewing their relationship with Huawei, specifically with regards to its technology being used in new "fifth generation 5G" mobile internet networks. 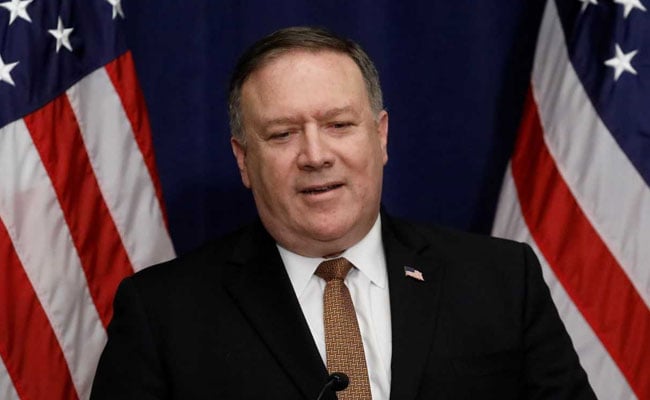 Mike Pompeo said he had been raising this issue with other countries as well.(FILE)

US Secretary of State Mike Pompeo has alleged Huawei is owned by the Chinese government, has deep connections to their intelligence services and presents a national security threat, urging countries to think twice before signing up with one the world's biggest tech firms.

Shenzhen-based Huawei has faced increasing headwinds in its push to make inroads in the US market, as the White House and Republican lawmakers target Chinese tech companies, citing national security concerns.

The company has repeatedly denied allegations from US lawmakers that its technology could be used by the Chinese government to gather intelligence.

In his address at the "Future Farmers of America" event in Iowa on Monday, Mr Pompeo said the company has at least two things that threaten the US.

"One is that they - there's a risk that they'll steal American technology, and frankly, use those systems to invade your privacy. That is, they do telecommunications equipment that provide backbone services for networks, handsets all throughout the IT infrastructure and soon will be moving across the entire world with their new 5G rollout of their equipment," Mr Pompeo said.

"Second, Huawei also presents a more traditional national security threat. It's very different from in America. If you're working with AT&T or a US telecom provider, a Microsoft or an IBM who's providing IT services or products, it's a private company doing its own thing, trying to make money, trying to grow its business," he said.

More and more Western nations are reviewing doing business with the firm over spying concerns. Huawei has always maintained it acts independently.

Western countries have begun reviewing their relationship with Huawei, specifically with regards to its technology being used in new "fifth generation 5G" mobile internet networks.

"Huawei is owned by the state of China and has deep connections to their intelligence service. That should send off flares for everybody who understands what the Chinese military and Chinese intelligence services do. We have to take that threat seriously," Mr Pompeo said.

Mr Pompeo said he had been raising this issue with other countries as well.

"I've travelled the world now. I brought it up in Manila. I brought it up in Warsaw. Every place that I go, countries that are considering putting Huawei technology into their government infrastructure, acknowledging that those countries have every right to make their own decision about how to proceed but making sure they understand the risks of putting that technology inside of their government's IT structure," he said.

"There's a real risk, though, that the Chinese will use this for purposes that aren't commercial, that aren't for private gain, but rather for the state's benefit. And it''s a risk I think these countries ought to very, very carefully consider before they move forward," Mr Pompeo said.

China has stolen US intellectual property, amounting to hundreds and hundreds of millions of dollars that had been invested in technology and innovation, he alleged.

"We'd obtained patents or had proprietary product, and the Chinese just flat-out stole it. So did other countries. That's just not right. It's not fair," he said.

"It's one of the things President Trump has taken on very, very seriously, trying to find a mechanism to convince the Chinese and other countries as well to enforce these basic property rights.

"It's certainly part of what the State Department does. We talk to countries all the time about this. We impose costs on them in terms of - we make decisions about foreign aid based on how well they enforce US rights," Mr Pompeo said.

The US and China are engaged in a trade war that has seen both impose duties of billions of dollars on one another's goods, though they are currently in talks in an attempt to resolve the dispute.