Thousands Sign Petition To Save Hindu School From Closure In London

The Akshar Educational Trust, which runs the school set up in 1992, had announced its closure last month as part of plans to exit the education sector completely by July 2020. 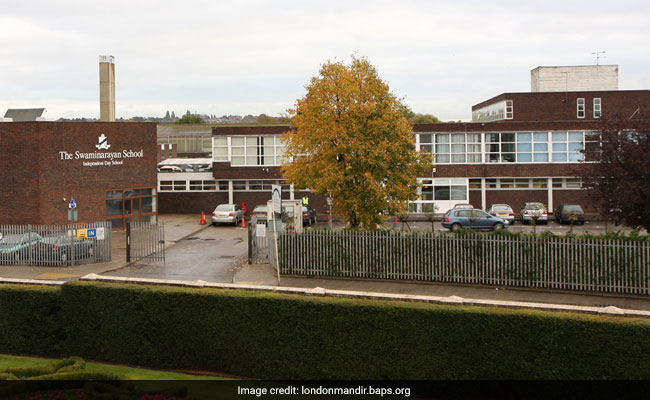 Swaminarayan School in London has been popular within Indian-origin communities.

Thousands of people have signed a petition to prevent the closure of one of the UK's largest independent Hindu faith schools, the Swaminarayan School in London.

The Akshar Educational Trust, which runs the school set up in 1992, had announced its closure last month as part of plans to exit the education sector completely by July 2020.

Parents of students associated with the school have now organised a campaign to save the "school of excellence" from closure.

"In a letter to parents, a spokesperson for the school blamed 'increasing regulatory requirements, difficulties in recruitment and retention of teachers, ready availability of free state-funded Hindu schools, and declining pupil numbers' for the move. This is simply not true," notes the Change.org petition, which has attracted nearly 3,500 signatures since last week.

"Sensitivity analysis of accounts by experts suggests that with restructuring it is possible for school to run for the foreseeable future," it notes.

The parents, who have coordinated into a save-the-school campaign, say that many Indian-origin families have moved, relocated and changed their way of life to enable their children to get an education within the ethos and culture of Hinduism at the respected Swaminarayan School in Neasden, north-west London.

"Parents are more than happy to consider taking over the running of the school by appointing new teams who will give due consideration to the communities and families that are being disrupted by this announcement," the parents said in a statement.

The school has been very popular within the large Indian-origin community based in the borough of Brent, many of whom are happy to pay the GBP 4,310 per-term fees to enrol their children. But the trust running it said that mounting pressures in recent years had hampered its ability to invest in the resources required to sustain the improvements needed in the school, both educationally and for its infrastructure.

The institution, opened by Pramukh Swami Maharaj alongside the BAPS Swaminarayan Mandir to "promote Hindu and British culture and values and way of life", has around 400 pupils between the ages of three and 18 currently on its rolls.

The trustees had unveiled plans for closure in two phases in order to allow parents time to apply to other schools. However, parents are furious at the lack of consultation before the announcement was made.

"The school is not a business, where a decision like this can just be made and announced... the team of governors and trustees just seem to have had enough and this is now the easiest option for them," the parents said.

They have received the backing of Indian-origin Labour party MP, Seema Malhotra, who said she is "saddened" by the news of the closure.

"The Swaminarayan School has a strong reputation and has been highly valued by parents and the community. I hope that through discussions between parents, teachers, governors and trustees that a solution can be found and the school is able to stay open and continue to flourish," she said.

Under the UK's educational system, privately-run faith schools must follow a national curriculum but can have a particular religious character or formal links with a religious organisation. They are allowed to have different admissions criteria and staffing policies from state-funded schools.

Promoted
Listen to the latest songs, only on JioSaavn.com
Comments
Swaminarayan SchoolLondon