Thousands Of Dead Fish Wash Up On US Beach, Cause "Horrific" Smell

Local authorities have so far not issued any statement about what is causing the fish to die. 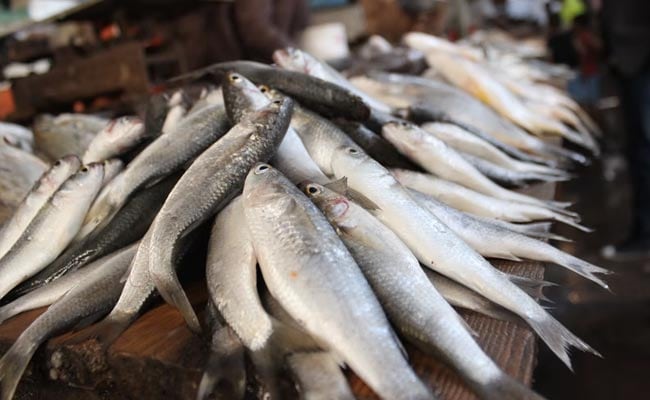 Thousands of small dead fish washed up on a beach in Staten Island, in New York, this weekend, causing an intense odour that is giving trouble to local residents. The fish have begun to rot, causing some local resident to stay indoors to avoid the stench.

One of the locals, John Mastellone, told Staten Island Live, "We saw like white things - it was low tide. Today, the smell is horrific. You can't even go outside. And I don't know if it's dangerous to breathe it in or not, but we're not going outside."

He further raised concern, claiming "something could be very major".

According to Newsweek, fish meat contains a chemical trimethylamine oxide, which when exposed to air after death, causes unbearable stench.

Local authorities have so far not issued any statement about what is causing the deaths.

But this is not the first time that dead fish have washed up along the shores of Staten Island.

In April 2021, a similar incident was reported in Great Kills Park area, reported Staten Island Live. It was investigated by New Jersey Department of Environmental Preservation (DEP), which said that the deaths were caused by "undetermined species of bacteria".

The fish belonged to menhaden species, also known as bunker fish. They are primarily used for bait and non-commercial purposes.

In 2017 too, Lemon Creek and Wolfe's Pond Park saw a large number of bunker fish on their shores.

Menhaden are both an important part of the food chain and are commercially harvested for their use in supplement products, according to the National Oceanic and Atmospheric Administration.