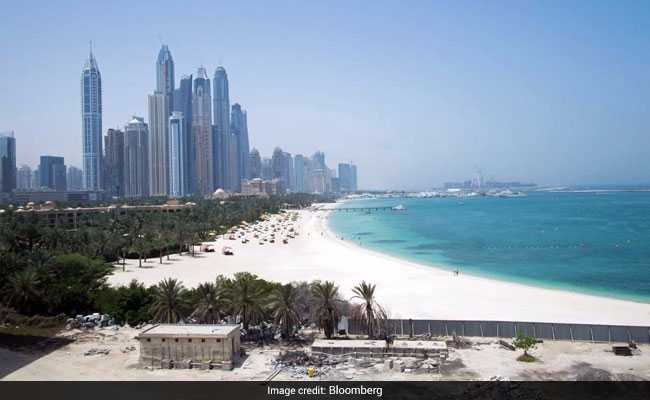 The beachfront resort with views of Arabian Sea offers 477 rooms and suites.

The owner of a $1 billion luxury hotel in Dubai claims the management company it fired just three months after opening is still scaring off visitors.

Described as a fusion of California cool and Dubai spectacle, the beachfront resort with views of the Arabian Sea offers 477 rooms and suites, plus 10 restaurants and nightlife spots.

It opened on March 31 and almost nothing has gone right since, according to a lawsuit filed Thursday in Los Angeles by developer Kabir Mulchandani's Five Holdings Ltd. The company says it grew concerned about how Viceroy Hotel Management Inc. was running the property when it started hearing complaints from guests about the food and the service.

When it looked into the guests' gripes, Five Holdings discovered those were just the tip of the iceberg.

"Investigations by two respected accounting firms into the operations of the hotel have revealed fraudulent accountings, breach of trust, self-dealing, doctored invoices, phony budgets, unapproved budget overruns, and concealment of mismanagement by Viceroy Dubai," Five Holdings said in the complaint.

Representatives of Viceroy Hotel Group didn't immediately respond to a request for comment on the allegations.

That's when the real mischief started, according to the complaint. Viceroy allegedly told dozens of travel agencies that it was deemed by a Dubai court to be the rightful manager of the hotel and that they could be fined or imprisoned if they booked rooms at the resort.

As a result, Expedia Inc. refused to book the hotel until its legal team has evaluated whether Viceroy's claims were true, according to the lawsuit. All told, Five Holdings estimates it may have lost more than $100 million in contracts, bookings and other opportunities because of the alleged interference by Viceroy. The complaint includes claims for libel and defamation.

Complicating matters, Viceroy and Five Holdings are embroiled in multiple legal proceedings in Dubai. There's one before an English-language court at the Dubai International Financial Centre that has limited jurisdiction in the emirate's autonomous financial free zone; another in the emirate's sovereign court; and a third in a joint tribunal that handles conflicts of jurisdiction between the first two.

Five Holdings argues that the DIFC court's order granting Viceroy authority to operate the hotel is invalid because the dispute should have been put on hold when the joint tribunal got involved. In addition, the order is flawed because it only addresses the hotel's operating affiliate, not the owner, according to Five Holdings.

Los Angeles-based Viceroy Hotel Group operates hotels around the world, including in Beverly Hills, New York, Saint Lucia and Abu Dhabi. The company signed a long-term contract to brand and manage the yet-to-be-built Dubai hotel in 2013.

Five Holdings was formerly SKAI Holdings, the real estate development business of India-born Mulchandani. In 2009, the businessman spent 140 days in jail before the Dubai Land Department cleared him of fraud and embezzlement charges brought in the wake of the collapse of the local real estate market.

As Dubai's realmarket recovered and millions of tourists visited the emirate, Mulchandani snatched up a plot of land on the Palm Jumeirah artificial island and persuaded China State Construction Engineering to invest $1 billion in a joint venture with his company. The hotel is valued at $1.17 billion, according to Five Holdings.