Taylor Swift was testifying for the first time to a federal court jury weighing her accusation that David Mueller grabbed her bare buttocks during a pre-concert fan reception in 2013 against Mueller's assertion that she falsely accused him and got him fired as a result. 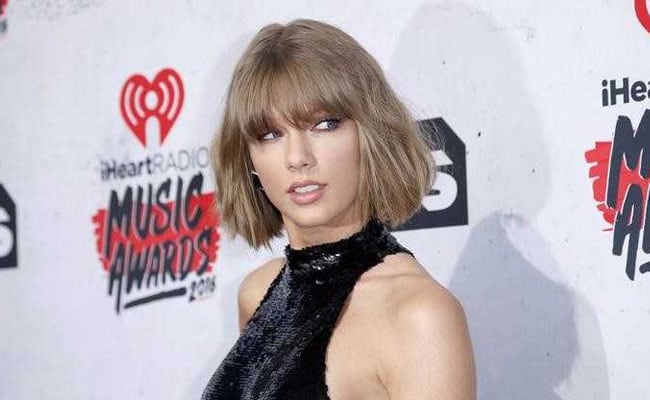 DENVER: Grammy-winning singer-songwriter Taylor Swift testified on Thursday she was subjected to a "very long" and "intentional" grope by a Colorado disc jockey who appeared to be drunk during a photo session four years ago.

The 27-year-old pop star was testifying for the first time to a federal court jury weighing her accusation that David Mueller grabbed her bare buttocks during a pre-concert fan reception in 2013 against Mueller's assertion that she falsely accused him and got him fired as a result.

Swift, one of the United States' most popular performers, spoke forcefully under questioning by Mueller's attorney, Gabriel McFarland, saying several times that "your client grabbed my ass," at one point calling it a "devious and sneaky act."

"It was a definite grab ... a very long grab," she said. "It was intentional. He stayed latched onto my bare ass cheek. I felt him grab onto my ass cheek under my skirt."

Mueller, 55, testified on Tuesday that he may have made innocent contact with Swift but denied any inappropriate behavior. Asked if he grabbed her backside, the former disc jockey for Denver radio station KYGO-FM replied, "No, I did not."

Swift, who spent an hour on the witness stand on Thursday, said it appeared both Mueller and his girlfriend, who stood on the other side of her for the photo, had "had a few cocktails."

Asked by McFarland why her bodyguard did not step in when "this big drunk guy" groped her, Swift replied: "No one could have expected this to happen. ... It had never happened before. It was horrifying and shocking."

Questioned by the attorney as to whether it might simply have been a case of mistaken identity on her part, she fired back: "He had a handful of my ass. I know it was him."

Asked about her reaction when she learned that Mueller had been fired, Swift replied, "I just never wanted to see him again. And here we are years later and I'm being blamed for the unfortunate events in his life," referring to the DJ losing his job.

Mueller initiated the litigation, arguing that Swift had fabricated the story and put pressure on KYGO to fire him. Swift then countersued for assault and battery, asking for symbolic damages of $1. She says her representatives told KYGO management about the incident but that she never demanded Mueller be fired.

On Wednesday, the pop star's mother, Andrea Swift, was called as a witness by McFarland. But her testimony was anything but favorable to the former disc jockey.

The elder Swift said she had "wanted to vomit" when her daughter told her what had happened. Asked by McFarland whether she had sought out eyewitnesses to verify the account, she said she had no reason to doubt her daughter's word.

Promoted
Listen to the latest songs, only on JioSaavn.com
"He sexually assaulted my daughter, right there, that guy," Andrea Swift said as she pointed at Mueller.

A member of Swift's security team later confronted Mueller, but Swift's mother said the police were not called for fear of bad publicity.
© Thomson Reuters 2017

Flowers Left For Queen Elizabeth To Be Composted, Re-Used In Parks