Jamal Khashoggi's alleged killers tortured the journalist during interrogation by cutting his fingers off, Yeni Safak said, claiming it had heard multiple recordings of the incident. 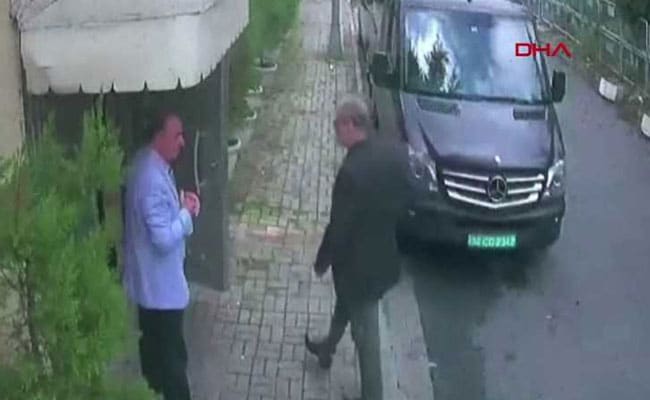 Khashoggi's alleged killers tortured the journalist during interrogation by cutting his fingers off, Yeni Safak said, claiming it had heard multiple recordings of the incident.

The newspaper said Khashoggi, a Washington Post contributor, was then decapitated.

Khashoggi vanished after entering the consulate for official documents ahead of his upcoming wedding to his Turkish fiancee. While Turkish police believe he was killed by a special team of 15 Saudi officials, Riyadh has dismissed such claims as "baseless".

The Washington Post has previously cited unnamed US and Turkish officials pointing to audio and video recordings that prove Khashoggi was killed inside the consulate and was then dismembered. But this is the first time Turkish media has claimed to hear the tapes.

Pro-government newspaper Sabah reported at the weekend that Khashoggi's Apple Watch recorded his interrogation, torture and killing, although some experts have said it is not likely that the watch could have recorded the events in the manner described.

According to Yeni Safak, Saudi Arabia's consul to Istanbul, Mohammed al-Otaibi, can be heard on one tape saying during Khashoggi's torture: "Do this outside. You are going to get me in trouble."

The daily reported that in another tape, an unknown individual tells Otaibi: "If you want to live when you come to Saudi Arabia, be quiet!"

Yeni Safak did not say how the tapes came into existence or how it obtained them.

Otaibi left Istanbul on Tuesday for Riyadh ahead of a planned search of his residence as part of the official Turkish investigation into Khashoggi's disappearance.

On Monday, CNN cited two sources as saying the Saudis are preparing a report that Khashoggi's death resulted from a botched interrogation.

US Secretary of State Mike Pompeo on Wednesday arrived in Ankara from Riyadh for talks with the Turkish leadership saying Saudi Arabia had promised a full investigation into the case.