Ben Lecomte is attempting a daunting challenge as he looks to become the first person to swim across the Pacific Ocean, covering 9,100 kilometres. 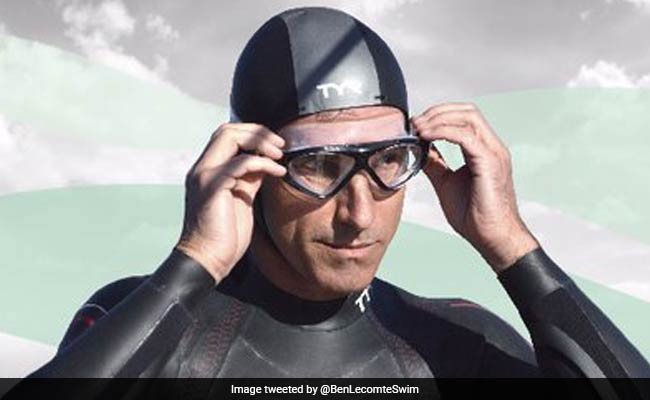 For Ben Lecomte, raising awareness of these issues is more important than setting any record.

YOKOHAMA, Japan: When Ben Lecomte stepped onto land for the first time after swimming across the Atlantic Ocean in 1998, he told himself 'never again'. Yet, 20 years on, Lecomte is attempting an even more daunting challenge as he looks to become the first person to swim across the Pacific Ocean, covering 9,100 kilometres.

On Tuesday, Lecomte and his nine-person support team will set out from Tokyo on an epic expedition expected to last more than six months and see the Frenchman arrive in San Francisco. "I knew it was something that was part of me and my identity," Lecomte told Reuters as his team undertook the final preparations to the support yacht in Yokohama's Bayside Marina on Friday.

"The way I look at it is as a way to express myself. It didn't happen very soon after the Atlantic (swim) because I got married, I had children, so I put that aside. But I knew I was going to come back to that project eventually."

The 50-year-old's plan is to swim for eight hours a day, as well as consume over 8,000 calories, as he undertakes an extraordinary journey that is part-adventure and part-scientific experiment. Much of Lecomte's backing comes from scientific publisher Seeker.com http://www.seeker.com, who will be providing daily updates on his progress as well as promoting research on the data collected by the support team.

More than 27 different scientific organizations, some medical and some oceanographic, will be benefiting from the data gathered during the expedition. Much of the research will focus on plastic pollution in the Pacific Ocean, specifically the build-up of 'plastic smog' containing billions of pieces of microplastic.

There is increasing concern among scientists about the effect of pervasive plastic pollution on marine ecosystems. 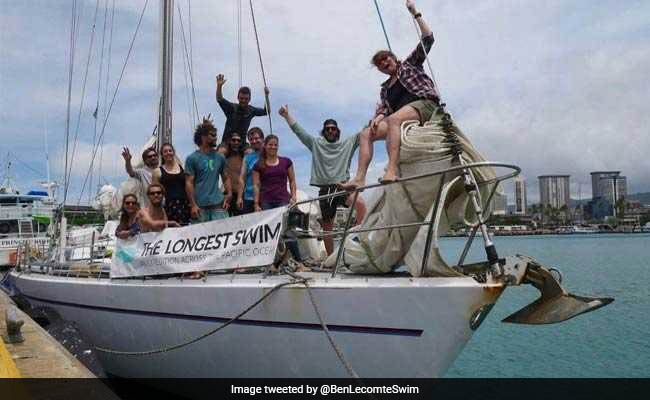 The crew make a stop at Kewalo Harbor, Honolulu before they reached Japan

In particular, they are worried about microplastic particles, bits measuring no more than two-tenths of an inch (5 mm), which come from large plastic trash that has fragmented into smaller pieces or microbeads in products like facial soap, body wash and toothpaste.

For Lecomte, raising awareness of these issues is more important than setting any record.

"I remember my father and he was the one who taught me how to swim in the Atlantic. I remember times when we would go on the beach and walk and never see any plastic. Now, everywhere I go, on the beach I see plastic everywhere," said Lecomte.

"If we are all aware of it then after it is much easier to take action and to change our behaviour because the solution is in our hands. We know what we have to do."

The Frenchman, whose Atlantic crossing was never ratified by Guinness World Records because it cannot be fully verified that he resumed his swims in the exact point he stopped them the day before, believes the mental battle will be tougher than the physical endurance.

"It is mind over matter," said Lecomte, who is also an architectural consultant based in Austin, Texas when not in the water.

"To do the physical aspect of it, sure it is difficult and all that but what is much more difficult is to be in that very hostile environment, to do that days in and days out, to push you and to push your limits, then the mind has to be super strong." To overcome this, Lecomte will make a strict plan for what he will think about for eight hours in the water each day. 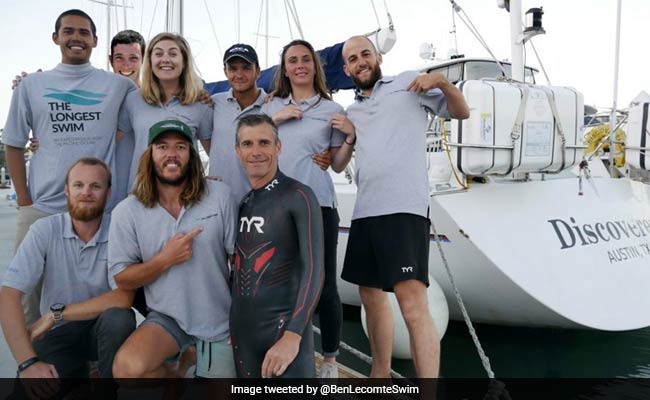 "The worst thing that can happen is not knowing what you are going to do with your mind and going to the wrong place," he said.

As well as mental challenges, Lecomte will have to endure turbulent and unpredictable weather, potentially freezing cold water, as well as sharks and jellyfish. However, right now, Lecomte just wants to get started.

Promoted
Listen to the latest songs, only on JioSaavn.com
"I am a little bit like a tiger in a cage, ready to go."
© Thomson Reuters 2018