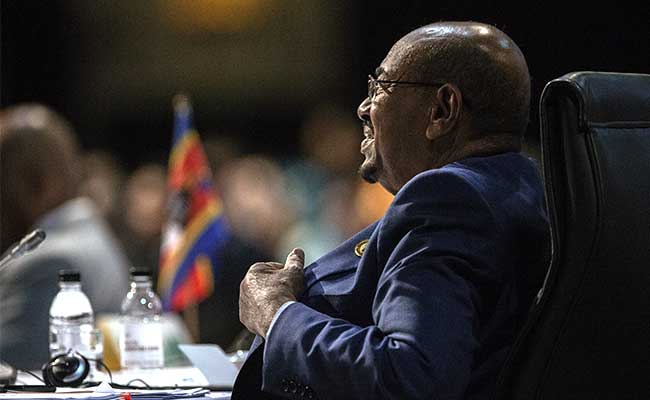 Khartoum, Sudan: Sudan said today President Omar al-Bashir is flying home from South Africa, despite a court ordering him to stay as it decides whether to order his arrest over alleged war crimes and genocide.

Bashir, who was attending an African Union summit in Johannesburg, is wanted by the International Criminal Court over charges of war crimes, crimes against humanity and genocide during the conflict in the western Darfur region.

"President Bashir's plane took off from Johannesburg and will arrive around 6:30 pm (1530 GMT) this evening," State Minister for Information Yasir Yousef told AFP by phone.

"Bashir will address the crowds that will gather to meet him," he added.

A South African judge on Sunday ordered authorities to stop Bashir from leaving the country, pending a decision on whether to detain him after the ICC called for his arrest.

South Africa is a signatory of the ICC, which has often been criticised for only targeting Africa leaders.

The ICC indictments all relate to the Darfur region, which erupted into conflict in 2003 when mostly black, African insurgents rebelled against Bashir's Arab-dominated government, complaining of economic and political marginalisation.

The United Nations says 300,000 people have been killed in the conflict and another 2.5 million forced to flee their homes.

Khartoum, however, disputes the figures, estimating the death toll at no more than 10,000.