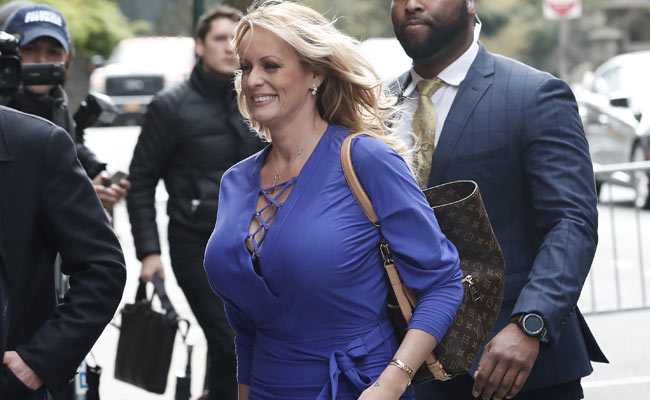 The comments by the former New York mayor immediately came under fire from Daniels' lawyer, Michael Avenatti, who called Giuliani an "absolute pig."

Giuliani first made the remarks about Daniels at an event in Israel, where he has been on a visit, and then repeated them to US television networks.

"If you're going to sell your body for money, you just don't have a reputation. I may be old fashioned, I dunno," Giuliani said.

Avenatti, who is representing Daniels in her attempt to have a confidentiality agreement she signed thrown out, was swift to react.

"Mr Giuliani is an absolute pig for making those comments," Avenatti said on CNN.

"He's basically stating that women that engage in the adult film industry or other forms of pornography don't have reputations, they're not entitled to respect," he said.

"(Giuliani) should be fired immediately by the president," Avenatti said.

Promoted
Listen to the latest songs, only on JioSaavn.com
Daniels, whose real name is Stephanie Clifford, told CBS's "60 Minutes" in March she had unprotected sex with Trump once in 2006, and was threatened by a man in a parking lot in Las Vegas when she sought to sell her story five years later.

Daniels is suing Trump to invalidate a non-disclosure agreement made days before the 2016 presidential election that prevents her from discussing their alleged sexual encounter.