Sri Lanka: Several Participate In Protest To Get Two-Time Meals

Sri Lanka is in the worst economic tailspin of its independent history, and is facing a shortage of everything from food to cooking gas. . 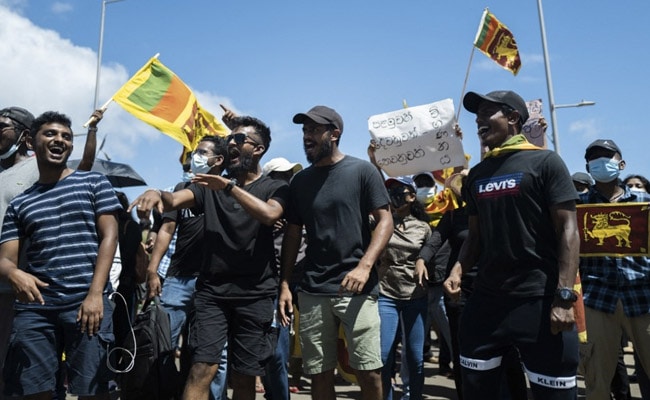 As the economic crisis in Sri Lanka is worsening day by day, several people including those jobless are participating in the protest against the government to get two-times meal for the day.

Hundreds of people including daily wage labourers and those who lost their jobs due to the ongoing crisis have queued up at Galle face in Colombo to get food provided by a Colombo based trust.

"We have started distributing food from April 9. We want the President to resign, as he is unable to take care of the poeple and failed to govern the country," Akushla Fernando who is a social worker told ANI.

She said that her trust gets donation including money, goods and food from across the world. "So far we have distributed food to over thousand people."

She added, "Many people including those who are working and are jobless come here. Also, there are some people who have lost their jobs because of the ongoing protest say that they don't care about losing the job because they are protesting for their generation."

Sri Lanka is facing a large-scale economic crisis, a level of economic emergency of unprecedented nature, with nationwide anti-government protests.

Shervin Ranatunga, another person who was distributing food provided by the Colombo based trust said that there are different kinds of people who are coming here from all over Sri Lanka. "They are coming from far away by buses, taxis and train and we provide for all."

"We provide food to all without any discrimination --rich and poor," he said.

Sri Lanka is currently struggling with acute food and electricity shortages and the recession is attributed to foreign exchange shortages caused by a clampdown on tourism during the COVID-19 pandemic. The country is unable to buy sufficient fuel and gas, while the people are being deprived of basic amenities as well.

Sri Lankan Prime Minister Ranil Wickremesinghe in an address to the nation on Monday gave an account of the grave economic situation facing the island nation and said that the people need to be prepared to make sacrifices.