Ranjith Madduma Bandara, a senior politician from Wickremesinghe's United National Party (UNP) was sworn in this morning as the new minister in charge of the police 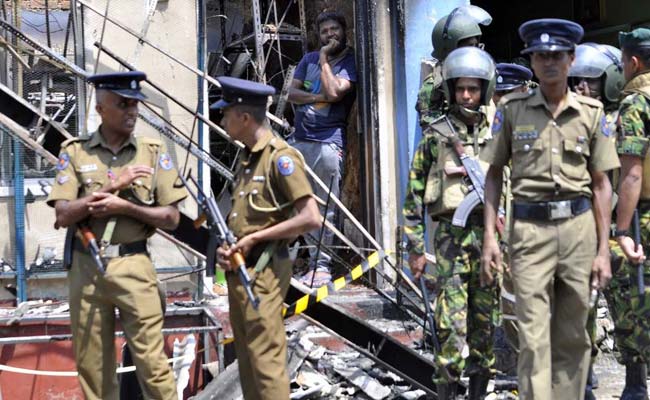 President Sirisena on Tuesday declared a state of emergency and deployed police in the area.

Ranjith Madduma Bandara, a senior politician from Wickremesinghe's United National Party (UNP) was sworn in this morning as the new minister in charge of the police.

Mr Wickremesinghe's 11-day tenure as the law and order minister was marred by racial tension in the central district of Kandy since Monday.

Following the incidents of violence, President Sirisena on Tuesday declared a state of emergency and deployed police in the area.

A daytime curfew was relaxed today in Kandy where three people were killed in riots.

"In accordance with the people's request to remove the curfew for a short period to attend their essential activities including purchasing of food and other items, President Maithripala Sirisena has decided to remove the curfew from 10:00 am and re-impose at 6:00 pm in the Kandy district," Director General of Government Information Sudarshana Gunawardhana said in a statement.

The leader of the main Tamil party TNA R Sampanthan questioned the inaction of law enforcement authorities in response to the attacks on Muslim establishments.

Speaking in parliament, Sampanthan, who is also the leader of the Opposition, said such incidents are clearly unacceptable and is indicative of sense of impunity.

"People seem to have the confidence that they can engage in such acts and that the arm of the law would not reach them; that the Rule of Law would not be enforced against them," Mr Sampanthan said.

Kandy, the country's second largest with a population of around 125,000, is an important religious centre for Buddhists, and is home to numerous monasteries and temple complexes.

Sinhalese Buddhists make up about 75 per cent of the population in Kandy.

The violence in Kandy reportedly triggered by an isolated incident on March 4, when a taxi carrying four Muslim men collided with a van driven by a young Buddhist man, according to local police.

The Buddhist man was assaulted with an iron bar and succumbed to his injuries in hospital, police confirmed.

The four Muslim men have since been arrested and remain in police custody.

Promoted
Listen to the latest songs, only on JioSaavn.com
Tensions between Muslim groups and the majority Sinhalese Buddhist community in the country have escalated since the end of the civil war in May 2009.

In 2014, violence directed against Muslim minority groups broke out in the southwestern town of Aluthgama, following a rally by hardline Buddhist nationalist monks, resulting in the death of at least three Muslims.
Comments
Sri Lanka EmergencyMaithripala Sirisenaemergency