The case of Yin Zi Qin, 23, is the latest in a series in the city-state involving university students where the punishment has been viewed by some as light. 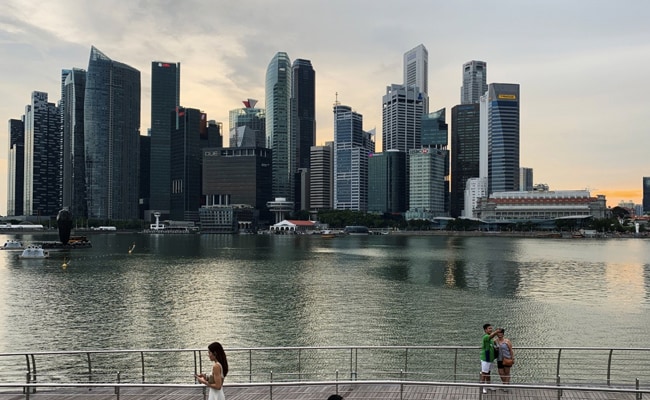 Singapore is reviewing penalties for violent offences following outcry over a 12-day prison sentence for a student who strangled his girlfriend until she blacked out.

The case of Yin Zi Qin, 23, is the latest in a series in the city-state involving university students where the punishment has been viewed by some as light.

Widespread public criticism of last Friday's sentencing has seen women's rights group AWARE warn that it could have a detrimental impact on public perceptions of violence against women.

Law minister K Shanmugam said on Tuesday he had asked for a review of penalties for such cases, the relative punishment for different offences and the extent to which educational background should be a relevant factor in sentencing.

Yin's attack happened after his girlfriend had broken up with him via WhatsApp in May 2019, case records show.

The following day, the dentistry student went to her house with roses to ask her to take him back. After she declined, he gripped her by the neck, pressed his thumb against her eye causing it to bleed, and she blacked out and fainted.

Yin was charged for voluntarily causing harm, an offence punishable by jail of up to two years. His short detention means he will not have a criminal record. He will have to perform community service and undergo rehabilitation.

Yin could not be immediately reached for comment. The public prosecutor said it does not plan to appeal the case.

Earlier in the year, probation for a student who molested a woman on a train sparked a similar outcry, and he was jailed for two weeks after the prosecution appealed.

The case of a student who protested against what she perceived as a light sentence for a male peer who filmed her in the shower sparked a debate on sexual harassment last year.