Donald Trump said at the weekend that the two sides had settled on a date and location for the summit -- the first between a sitting US president and a North Korean leader -- without providing details. 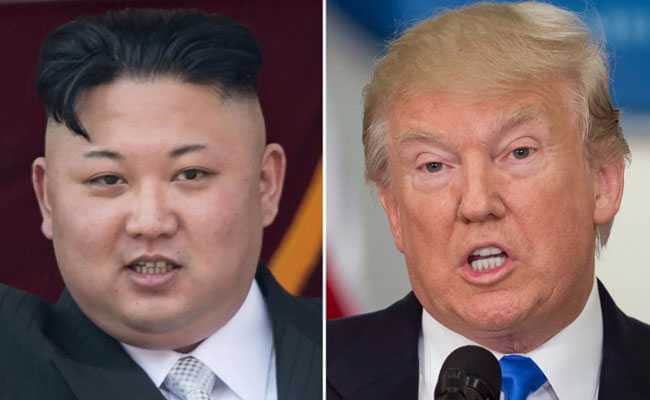 Donlad Trump had earlier this week said that the date and location meeting Kim Jong Un was set.

Trump said at the weekend that the two sides had settled on a date and location for the summit -- the first between a sitting US president and a North Korean leader -- without providing details.

The newspaper suggested that the possibility of Singapore hosting the landmark meeting had "increased greatly", after a decision by Trump to host South Korean president Moon Jae-in at the White House later this month, without giving further explanation.

A similar report on the weekend from South Korea's Yonhap news agency also said Singapore was firming as the favoured location for the summit.

Trump had previously suggested that the demilitarised zone between the two Koreas -- the site of a recent summit between Kim and Moon -- could also be an appropriate venue for his meeting with the North's leader.

Preparations for the landmark meeting have gained momentum since the Korean summit late last month, which saw Pyongyang and Seoul promise to pursue the complete denuclearisation of the peninsula and a formal peace treaty to end the 1950-53 Korean War.

North Korea has offered to close its nuclear test site this month -- and invited US experts to verify the move.

Promoted
Listen to the latest songs, only on JioSaavn.com
Other less dramatic but notable signs of rapprochement have emerged almost daily, including North Korea moving its clocks forward by 30 minutes early Saturday to match time with the South.