Enter Megachirella wachtleri, a three-inch, 240-million-year-old fossil - and an exciting new clue in this evolutionary mystery. 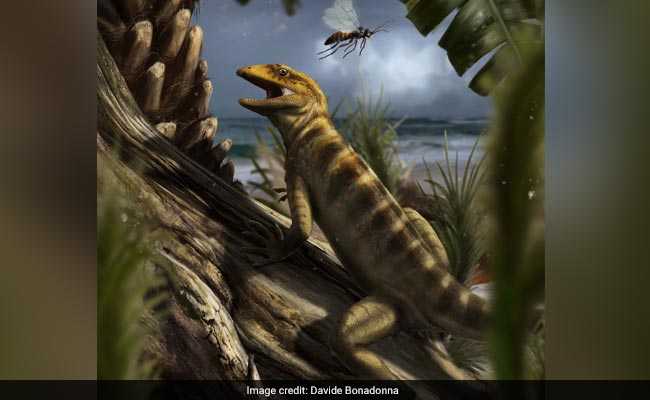 Here's a fact you should know about the world in which you live: It's home to more kinds of scaly reptiles than all the mammal families combined. The reptile order Squamata, which includes snakes, lizards and legless worm-looking creatures known as amphisbaenians, is the largest order of living land vertebrates on the planet.

And yet scientists know surprisingly little about where all those geckos and vipers and iguanas and pythons came from. Genetic evidence suggests the order originated in the Permian period, more than 250 million years ago. But the oldest known squamate fossil was about 70 million years younger than that.

"That's more time than there is between us and the dinosaurs, and we had no clue what was going on," said Tiago Simoes, a paleontologist at the University of Alberta.

Enter Megachirella wachtleri, a three-inch, 240-million-year-old fossil - and an exciting new clue in this evolutionary mystery.

According to research by Simoes and his colleagues that was published Wednesday in the journal Nature, megachirella is the "mother of all lizards," the oldest known ancestor of all squamates. Her existence helps explain the transition from more primitive reptiles to the large, diverse order that now slithers, creeps and burrows across every continent except Antarctica. 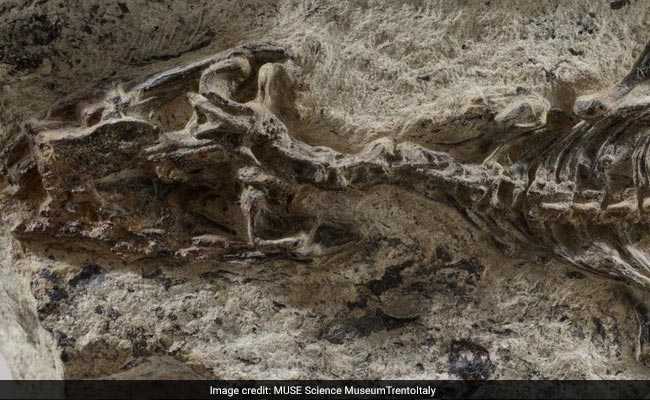 In a video for the MUSE Science Museum in Trento, Italy, co-author Michael Caldwell called the fossil a "perfect example."

"It's almost a virtual Rosetta stone," said Caldwell, also a paleontologist at the University of Alberta, "in terms of the information that it gives us on the evolution of snakes and lizards."

Megachirella's partial skeleton was discovered by an amateur fossil hunter in the Dolomite mountains of northern Italy and first described by scientists in 2003. But, limited by the technology of the time and an incomplete understanding of the squamate order, researchers were not quite sure how the new species fit into the reptile family tree.

Fifteen years later, high-resolution micro CT scanning made it possible to peer inside the rock holding the fossil and identify features concealed within. At a synchrotron facility, Simoes and his colleagues identified features in the animal's brain case, collar bone and wrists that are unique to lizards. They also found evidence of vestigial traits that more modern squamates have since lost - a small cheek bone called the quadratojugal and primitive belly bones called gastralia (which are found in many dinosaurs, too).

Simoes devoted his PhD to understanding the family tree of living and extinct squamates.

"For the first time, having that information with this highly expanded data set, now it became possible to actually assess the relationship of not only this species but also of other species of reptiles," Simoes said.

When megachirella walked the Earth, in the middle Triassic period, the world's land masses were crushed together in a supercontinent called Pangaea. Flowers had not evolved, and the ground was dominated by primitive plants called lycopods (ancestors of club mosses and quillworts). The conditions under which the fossil was found - in marine sediments but surrounded by fossilized land plants - suggest that a powerful storm hit the coastline where megachirella lived and swept the tiny critter out to sea.

Simoes and his colleagues are still seeking evidence of megachirella's behavior. And they still need to fill in the tens of millions of years between megachirella and the next oldest squamate fossil. Many fossil lizards from the early Cretaceous (more than 100 million years ago) don't seem to fit neatly into any known lineage, and megachirella might help explain those oddities.

Promoted
Listen to the latest songs, only on JioSaavn.com
"It's confirming that we are pretty much clueless," Simoes said of the new species. "But on the positive side, we also have all this extra information in terms of the transition from more general reptile features to more lizard-like features."