The committee plans to vote on it this month, along with a bill from the panel's ranking Democrat, Bob Menendez, to bar some arms sales to Saudi Arabia and impose sanctions over the killing of the columnist Jamal Khashoggi. 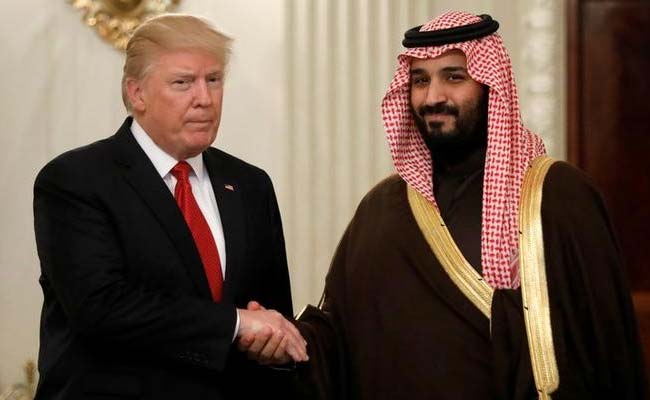 Senate Republicans seeking a way to punish Saudi Arabia over its human rights record without provoking a veto by President Donald Trump are trying a new strategy: denying visas for members of the kingdom's royal family.

Senate Foreign Relations Chairman Jim Risch, an Idaho Republican, unveiled legislation on Wednesday that would bar members of the royal family who work in the Saudi government from entering the U.S. If signed into law, hundreds of people could face the restrictions.

"This legislation is an effort to move the U.S./Saudi relationship in a different direction and I am hopeful to have the support of my colleagues in doing so," Risch said in a statement. "We are all in agreement that we need to see a change in Saudi conduct going forward, and this bill would have a real impact in doing that."

The bill, S. 2066, has two Democratic co-sponsors: Sens. Jeanne Shaheen of New Hampshire and Chris Coons of Delaware. The committee plans to vote on it this month, along with a bill from the panel's ranking Democrat, Bob Menendez, to bar some arms sales to Saudi Arabia and impose sanctions over the killing of the columnist Jamal Khashoggi. That measure is co-sponsored by Senator Lindsey Graham, a South Carolina Republican and Trump ally who has urged the administration to take a tougher stance with the Saudis. 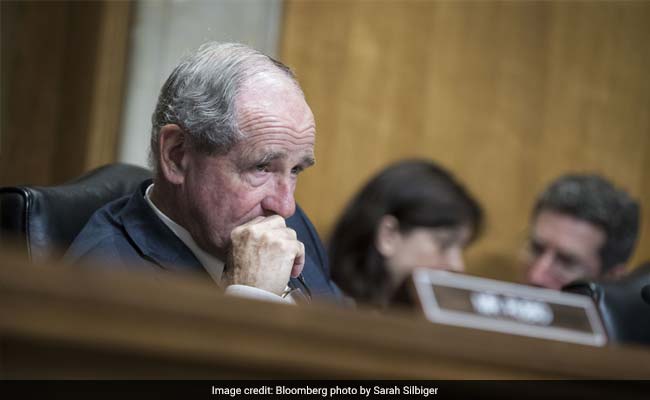 Sen. Jim Risch, R-Idaho said they would bar members of the royal family who work in the Saudi government from entering the US

The travel restrictions in Risch's bill would remain in place until the kingdom shows progress on human rights. Demonstrable progress, as evaluated by a team of U.S. government agencies led by the State Department, could include the release of dozens of jailed dissidents, according to a person familiar with the legislation.

The measure is designed to put pressure on Crown Prince Mohammed Bin Salman, although he would not personally be denied a visa since heads of state and the Saudi ambassador would be exempt.

Risch has been trying for months to craft legislation that could be signed into law by Trump. The bill has the tacit support of the White House, as members of the senator's staff have had discussions with administration officials, the person said.

The Saudi Embassy in Washington didn't respond to a request for comment about the measure.

Risch usually backs the Trump administration on foreign policy, and he didn't join the handful of Republicans who voted with Democrats last month to disapprove of the administration's move to force the sale of $2 billion worth of arms to Saudi Arabia against Menendez's opposition.

That resolution was adopted in the Senate but fell short of the margin needed to override a presidential veto. The Democrat-led House is expected to vote on the measure this month.

The Trump administration has cited threats from Iran as justification for rebuffing congressional concerns and invoking emergency powers to sell arms to the Saudis. Assistant Secretary of State for Political-Military Affairs R. Clarke Cooper told the Senate Foreign Relations Committee in a hearing Wednesday that supplying arms to Saudi Arabia is "not only a deterrent to Iran and a reassurance to our partners but it's also a rebuff to our competitors."

Both houses of Congress voted to withdraw U.S. support for the Saudi-led military campaign in Yemen over concerns about civilian casualties. Trump vetoed that legislation.

Senators at the hearing with Cooper expressed skepticism about the long-term benefits of continuing a relationship with Saudi Arabia without some sort of re-calibration.

"It looks to us these days as if the United States is the junior partner in this relationship," said Sen. Chris Murphy, D-Conn., who questioned the Trump administration's continued defense of the Saudi royal family.

"The idea that we transferred the Saudis nuclear technology literally days after the dismemberment of a journalist under U.S. protection came to light causes us all to wonder whether this is all one big scam," Murphy said.

Other senators, particularly Republican Ted Cruz of Texas, took Cooper to task for the decision to use an emergency declaration to push through arms sales to the kingdom.

"Don't make the mistake that it is only Democrats that are concerned about this," Cruz said. "Follow the damn law and respect it."