The project will be backed by more than $500 billion from the Saudi government, the country's sovereign wealth fund and local and international investors, according to a statement. 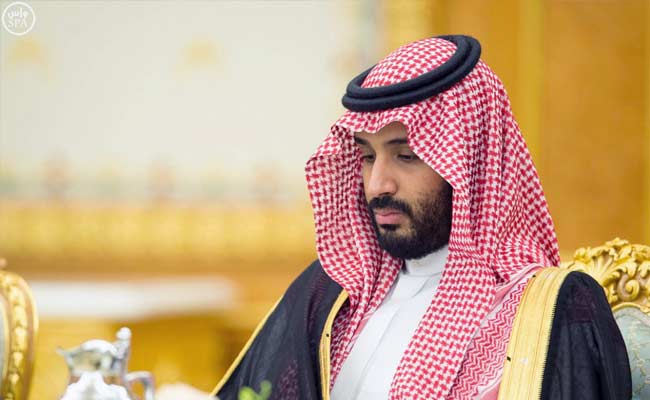 Announced during a global business conference in Riyadh, the prince said the city will operate independently from the "existing governmental framework" with investors and businesses consulted at every step during its development. The project will be backed by more than $500 billion from the Saudi government, the country's sovereign wealth fund and local and international investors, according to a statement.

Prince Mohammed, the kingdom's unrivaled leader, is spearheading efforts to prepare Saudi Arabia for the post-oil era. In the course of his meteoric rise to power since 2015, he's revealed plans to sell a stake in oil giant Saudi Aramco and create the world's largest sovereign wealth fund, and has ended some social constraints, including a long-standing ban on female drivers.

"NEOM will be constructed from the ground-up, on greenfield sites, allowing it a unique opportunity to be distinguished from all other places that have been developed and constructed over hundreds of years," Prince Mohammed said in the statement.

The plan will likely be met with the same mixture of optimism and doubt that has greeted his previous headline-grabbing announcements. His supporters can be expected to cheer what they see as a bold drive to transform the kingdom, while others will point to past failed attempts to overhaul the Saudi economy that also included industrial cities in the desert.

Almost two years since the start of the kingdom's reform drive, Saudi Arabian officials are grappling with crucial questions of how to speed up change without crippling the economy and clashing with the conservative religious establishment.

The plan includes a bridge spanning the Red Sea, connecting the proposed city to Egypt and the rest of Africa. Some 10,000 square miles have been allocated for the development of the urban area that will stretch into Jordan and Egypt, "the world's first independent special zone stretching over three countries."

Promoted
Listen to the latest songs, only on JioSaavn.com
"NEOM is situated on one of the world's most prominent economic arteries, through which nearly a tenth of the world's trade flows," Prince Mohammed said. "Its strategic location will also facilitate the zone's rapid emergence as a global hub."