"Painful To All": Saudi Prince's First Comment Since Khashoggi's Killing

Saudi government officials have dramatically changed their official story about what happened to Jamal Khashoggi, whose death has provoked international outrage. 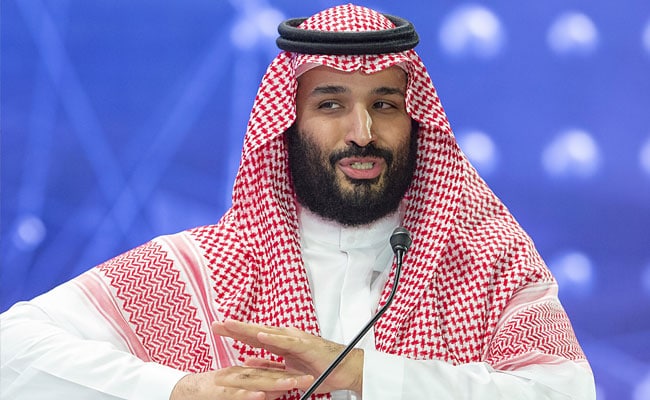 In his first public comments since the killing of journalist Jamal Khashoggi by Saudi security agents in Istanbul three weeks ago, Crown Prince Mohammed bin Salman said Wednesday that his country is doing all it can to complete an investigation and bring the perpetrators to justice.

Addressing a gathering of more than 3,000 business leaders from around the world at the Future Investment Initiative, Saudi Arabia's signature economic forum, often called "Davos in the Desert," Mohammed acknowledged no responsibility in the case. He called the killing "a heinous crime" that was "really painful to all Saudis" and to all other people.

He accused unidentified critics of trying to use the case to "drive a wedge" between Saudi Arabia and Turkey and pledged that this would not happen as long as his father is king and he is the crown prince.

The murder of Khashoggi, a leading critic of the young crown prince, has overshadowed the high-profile conference, intended to highlight Mohammed's drive to modernize the kingdom's economy and diversify away from oil. 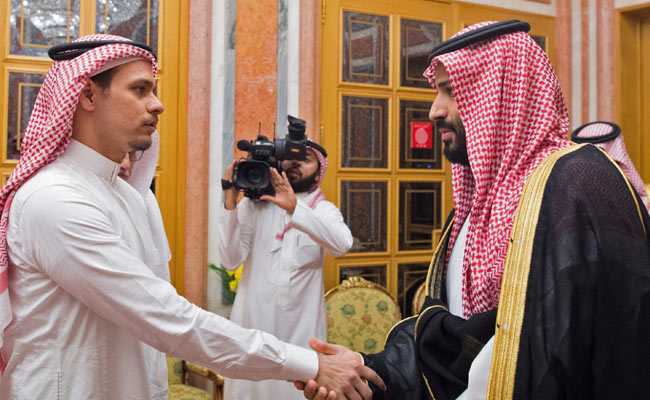 With Khashoggi's Oct. 2 death continuing to reverberate, Mohammed's remarks had been widely anticipated here and attracted a packed house in the main hall, a vast auditorium with vaulted doorways adorned with the Saudi symbol of crossed swords and a palm tree.

Mohammed, the country's de facto ruler, is widely suspected of having ordered the covert operation against a man who frequently criticized him as a contributing columnist for The Washington Post.

Saudi government officials have dramatically changed their official story about what happened to Khashoggi, whose death has provoked international outrage. His remains are still missing, and Turkish officials have said Saudi agents dismembered his body, a gruesome detail that has added to the horror and condemnation.

For more than two weeks after Khashoggi disappeared while visiting the consulate to obtain documents related to his planned marriage, Saudi officials insisted he had left the mission alive and that they had no information about his whereabouts.

Early Saturday, the Saudi government acknowledged in a middle-of-the-night official statement that Khashoggi had been killed inside the consulate by Saudi agents in a "rogue" operation that ended in a deadly brawl.

The Saudi version of events keeps blame far from Mohammed, who has consolidated enormous power since last year when he was made heir to the throne currently occupied by his father, King Salman.

Instead the Saudis fired five people, including top intelligence officers and aides close to Mohammed, and arrested 18 others.

The United States on Tuesday announced its first concrete step to penalize Saudi Arabia, revoking visas for agents implicated in the killing. President Trump said he would "leave it up to Congress" to determine further steps against the kingdom, which is a key U.S. ally in the Middle East and a vast market for U.S. arms manufacturers.

The conference, in an opulent conference center attached to the Ritz-Carlton, has been boycotted by dozens of big-name sponsors and chief executives, including Jamie Dimon of JPMorgan Chase, Stephen Schwarzman of Blackstone and AOL founder Steve Case.

Treasury Secretary Steven Mnuchin canceled his scheduled appearance at the conference but came to Riyadh anyway and met with Mohammed on Monday.

Still, Saudi officials announced Monday that at least $50 billion worth of deals were completed at the conference, including a number with high-profile U.S. companies such as Halliburton.

The grand hallways of the conference center have been filled with executives from across the Middle East, China, Russia, Europe and the United States. Many said that economic and security ties between the United States and Saudi Arabia are too strong to be derailed by the death of Khashoggi.

Among the top executives speaking at the conference on Wednesday was Eric Cantor, vice chairman and managing director of the New York-based investment bank Moelis. The bank's CEO, Ken Moelis, spoke at the conference on Tuesday. Chief executive Samir Assaf of HSBC Global Banking & Markets spoke on a panel Wednesday.

Khashoggi has loomed large over the conference, but he has been mentioned publicly only a couple of times. Prominent Saudi businesswoman Lubna Olayan kicked off the conference Tuesday with a statement expressing gratitude to those attending the conference and saying Khashoggi's death was "alien to our cuture and our DNA."

"As we all know, these are difficult days for us in the kingdom of Saudi Arabia," he said. "Nobody in the kingdom can justify it or explain it. From the leadership on down, we're very upset of what has happened."

(Except for the headline, this story has not been edited by NDTV staff and is published from a syndicated feed.)
Comments
Khashoggi caseSaudi air campaign