Central Election Commission member Alexander Klyukin said the commission had sent an official letter to Larry Page, the CEO of Google's parent company Alphabet, regarding Navalny's use of YouTube. 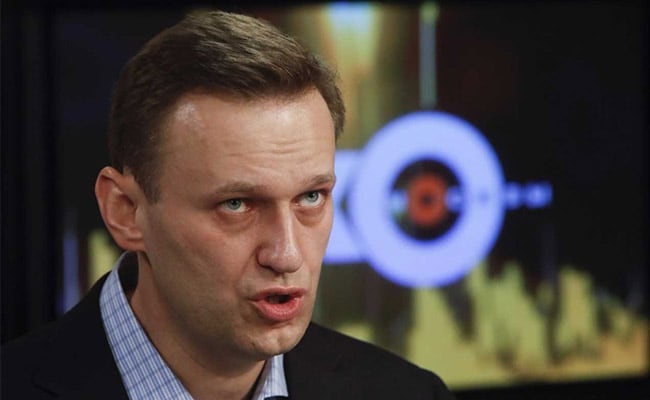 Alexei Navalny has urged Russians to protest on September 9, when several local elections will happen

Russia on Tuesday said it has officially warned US internet giant Google against "meddling" in next Sunday's local elections by hosting opposition leader Alexei Navalny's videos calling for mass protests.

Representatives of Russia's electoral commission, the Prosecutor-General's Office and the state internet watchdog at a meeting alleged Navalny uses Google's services to disseminate illegal information and warned that the company may be prosecuted if it does not act to stop this.

A Google spokeswoman declined to give a specific comment, telling AFP in an emailed statement that the company "reviews all valid requests from government institutions".

Central Election Commission member Alexander Klyukin said the commission had sent an official letter to Larry Page, the CEO of Google's parent company Alphabet, regarding Navalny's use of YouTube.

The fierce Kremlin critic has urged Russians to protest on September 9, when several Russian regions and Moscow elect regional and local officials.

Navalny is currently serving a 30-day sentence for violating public order laws during a protest earlier this year.

"Mr. Navalny buys the company's advertising tools to publish information on YouTube about the mass political event on September 9, on the day of elections," Klyukin said.

"We informed Google that such events on election day will lead to massive violation of the law" because political agitation is banned on election day, he said.

"Meddling by a foreign company in our election is not permitted."

He called Google a "gigantic American company" and hinted that Washington uses it as an influence tool.

US officials have repeatedly warned about the dangers of Russian interference in upcoming elections and there is a full-scale probe underway into Moscow's alleged role in the 2016 presidential election which brought Donald Trump to office.

Navalny's close ally Leonid Volkov reacted to the officials' statements by saying that the Sunday rally is perfectly legal and doesn't violate election laws since its aim is not to campaign for a particular candidate.

The demonstration is to protest upcoming pension reforms, which will hike the retirement age by five years for women and three for men -- a deeply unpopular measure that has caused a rare sag in Vladimir Putin's ratings.

YouTube is "the only channel to inform the masses" since Russian companies have rejected similar commercial requests to publish information about upcoming demonstrations, Volkov said.

"All levels of the Russian government... have been ordered to block the protest by any means necessary," he wrote on Facebook.

He said Google-owned YouTube "acts as a link in the chain for propaganda of anti-social behaviour during Russian elections".

"Certain parties interested in destabilising the situation in Russia attempt to attract internet users to illegal actions by providing unlimited opportunities on foreign internet giants like Google," he said.

If Google fails to respond to official complaints, this will be seen as "de-facto direct intervention in Russia's domestic affairs," he said.

The officials discussed their grievances against Google during a meeting at Russia's upper house of parliament.

Alexei Zhafyarov, an official from the Prosecutor-General's Office, said it had sent an official warning to Google over the "inadmissibility" of violating Russian election law.

"This is a rather serious measure, after which they can be called to account," including via criminal prosecution, he said.

Russia has long pushed for greater control of information published by Russian users on international platforms to curb political dissent and prevent terrorism.

(Except for the headline, this story has not been edited by NDTV staff and is published from a syndicated feed.)
Comments
Election meddlingGoogle