Russia also shut down the local offices of Friedrich Naumann Foundation for Freedom, the Friedrich Ebert Foundation and other organisations. 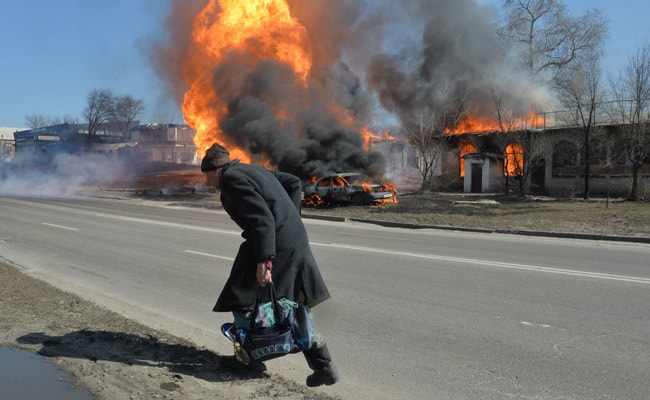 The announcement came on the 44th day of Russian attack in Ukraine with thousands killed.

Russia said on Friday it was shutting down the local offices of more than a dozen international organisations including Human Rights Watch, Amnesty International and the Carnegie Endowment for International Peace.

Fifteen organisations have been taken off Russia's registry of international organisations and foreign NGOs due to "violations of the current legislation of the Russian Federation," the justice ministry said in a statement without providing further details.

The announcement came on the 44th day of Russia's military campaign in pro-Western Ukraine, with thousands killed and more than 11 million having fled their homes or the country in the worst refugee crisis in Europe since World War II.

"We will redouble our efforts to expose Russia's egregious human rights violations both at home and abroad," she said in a statement.

"In a country where scores of activists and dissidents have been imprisoned, killed or exiled, where independent media has been smeared, blocked or forced to self-censor, and where civil society organizations have been outlawed or liquidated, you must be doing something right if the Kremlin tries to shut you up."

Over the past year Russian authorities have been presiding over an unprecedented crackdown on dissent and independent journalism.

Founded in 1989 by Soviet dissidents including Nobel Peace Prize laureate Andrei Sakharov, it chronicled Stalin-era purges and also campaigned for the rights of political prisoners and other marginalised groups.