'Merry' is a rescued bull, whose portrait and story, will be Prince Harry and Meghan Markle's wedding gift from animal rights organisation PETA India. 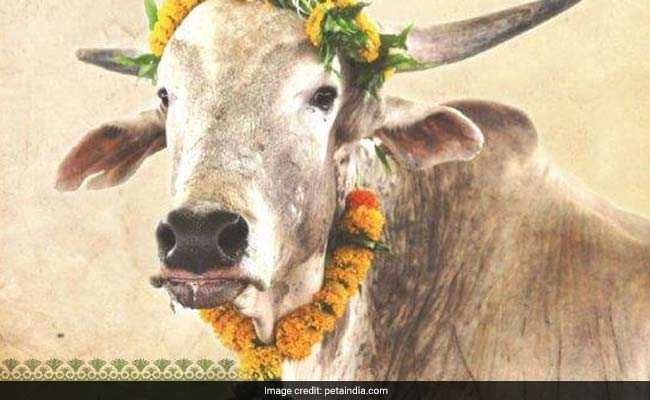 Merry, a bull, was found alone and suffering from a deep wound on his neck.

Ahead of the much-awaited British royal wedding of Prince Harry and Hollywood actress Meghan Markle, animal rights organisation PETA India have decided to gift the royal couple a bull named Merry, which is a hybrid of their names Meghan and Harry.

Merry, currently living at a sanctuary in Maharashtra, was found alone and suffering from a deep wound on his neck when he was rescued by People for the Ethical Treatment of Animals (PETA).

"Prince Harry and Meghan Markle now have a one-tonne bull to call their own. Rescuing Merry is an ideal wedding present for a couple who want their day celebrated with charitable works and contributions," says PETA founder Ingrid Newkirk. "The royal wedding is the perfect time for anyone to spare a thought for and show some love to all our fellow living beings," he added.

Speaking to ANI, Sachin Bangera from PETA India said that through this gift, they want to spread awareness on animal cruelty.

Promoted
Listen to the latest songs, only on JioSaavn.com
"We have named the bull after Prince Harry and Markle. It's practically not possible to gift the Bull, as it belongs to Maharashtra, India. So, we have made a portrait of Merry, which we have framed and has his story written on it. We will send this portrait to the royal couple," Mr Bangera said. 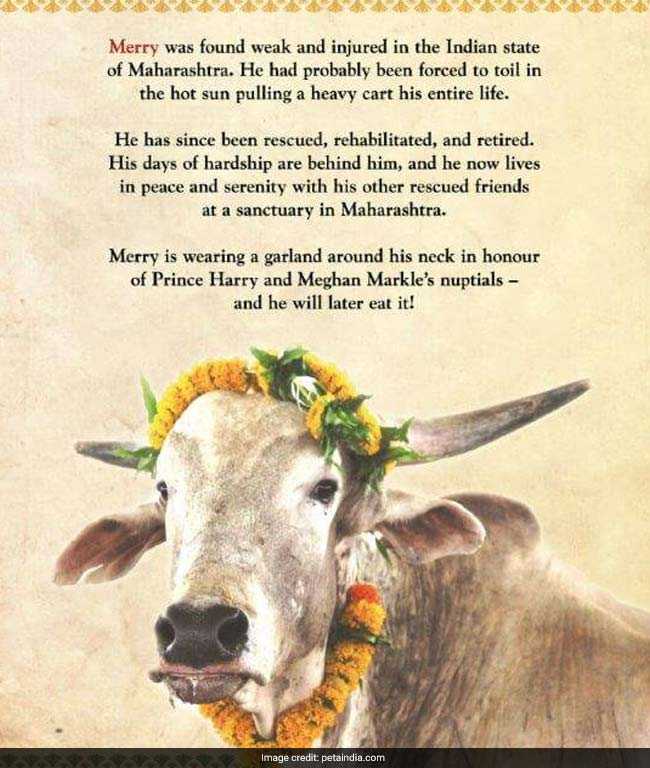 The royal wedding is set to take place on Saturday at England's Windsor Castle.

"Sadly, my father will not be attending our wedding. I have always cared for my father and hope he can be given the space he needs to focus on his health," Meghan Markle said in a statement.

The couple will read their wedding vows on May 19 at the St George's Chapel which also saw the weddings of Prince William and Kate Middleton in 2011 and of Princess Diana and Prince Charles in 1981. The small chapel is a part of the Windsor Castle premises.