Senator Kamala Harris of California, who on the weekend launched her 2020 campaign to be America's first black female president, called the incident "an attempted modern day lynching." 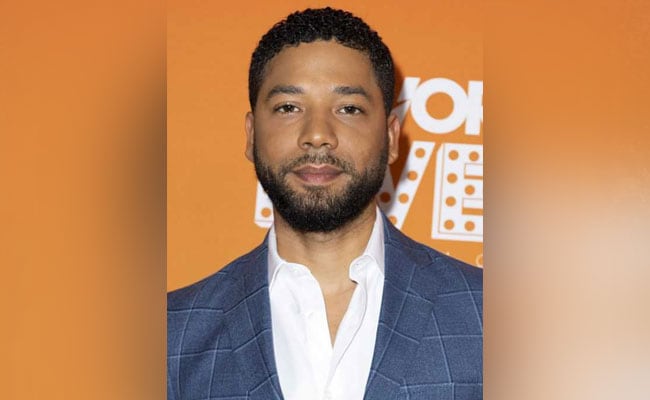 The attackers also poured "an unknown chemical substance" on Jussie Smollett, according to police.

Black, openly-gay actor Jussie Smollett of the US television program "Empire" was hospitalized Tuesday in Chicago following a possibly hate-motivated attack in which assailants tied a rope around his neck, police and his co-workers said.

News of the early morning attack left the entertainment world reeling and gay advocacy groups speaking out in support of the 36-year-old actor.

Smollett was beaten at around 2:00 am by two attackers who yelled "racial and homophobic slurs" while he walked downtown in the third-biggest US city, said police, who did not name him but said the victim was an actor from "Empire."

Smollett's fellow cast members and production company identified him as the victim.

The attackers poured "an unknown chemical substance" on him, and then wrapped a rope around the actor's neck, according to police.

"Given the severity of the allegations, we are taking this investigation very seriously and treating it as a possible hate crime," the Chicago Police Department said.

The actor and singer was reportedly in Chicago for a scheduled Saturday concert.

Senator Kamala Harris of California, who on the weekend launched her 2020 campaign to be America's first black female president, called the incident "an attempted modern day lynching."

"No one should have to fear for their life because of their sexuality or color of their skin. We must confront this hate," Harris said on Twitter.

Members of the "Empire" production team and cast, as well as the studio that produces the program, also spoke out.

"The entire studio, network and production stands united in the face of any despicable act of violence and hate -- and especially against one of our own," 20th Century Fox Television said in a statement.

"You didn't deserve, nor anybody deserves, to have a noose put around your neck," Daniels said, addressing the actor.

Advocacy groups including the The Trevor Project and the American Civil Liberties Union, quickly offered their support as well.

"LGBTQ people of color live at multiple intersections of oppression, too often facing violence compounded by both racism and homophobia," the ACLU said.

"This isn't the America we want to live in."

Rumbling Meteor Lights Up Norway; Part Of It May Have Landed Near Oslo