The attack came two days after an attack in a luxury hotel in the Balochistan province's second city, Gwadar. 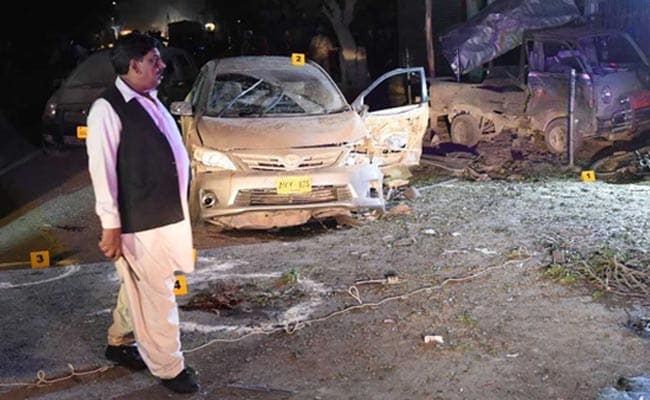 The Pakistani military has been waging war on terrorists in Balochistan since 2004. (FILE PHOTO)

Four police were killed and nine people wounded when terrorists detonated a bomb hidden under a motorbike in the southwestern Pakistani city of Quetta, police said on Monday.

The Pakistani Taliban claimed the attack.

"Two of the injured are critical," he added.

The motorbike was parked outside a mosque where police personnel were posted in Quetta, the capital of Balochistan province.

The attack came two days after Baloch separatists attacked a luxury hotel in the province's second city, Gwadar, where development of a port is the flagship project of a multi-billion dollar Chinese infrastructure initiative in Pakistan.

Five people including a soldier died in the hotel attack, which also left all three terrorists dead.

The violence comes during the Muslim holy fasting month of Ramadan.

Balochistan, Pakistan's largest and poorest province which borders Afghanistan and Iran, is rife with Islamist, separatist and sectarian insurgencies.

The Pakistani military has been waging war on terrorists there since 2004, and security forces are frequently targeted.

Rights activists accuse the military of abuses, which it denies.

Balochistan is key to the China-Pakistan Economic Corridor (CPEC), part of Beijing's Belt and Road initiative.