Prince harry posted the photo on Instagram with message, "Happy birthday to His Royal Highness The Prince of Wales - Sir, Pa, Grandpa!" 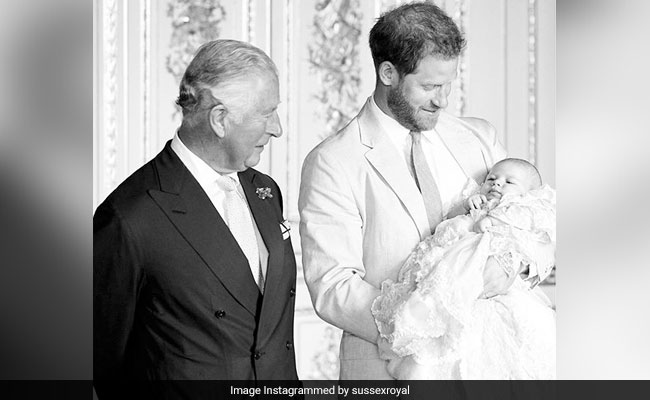 Prince Charles can be seen looking on at his grandson Archie, cradled in Prince Harry's arms.

Prince Harry on Thursday wished his father Prince Charles on his birthday and posted a previously unseen photo of the two with the Duke of Sussex's son Archie on the social media.

Prince Charles, on his 71st birthday in Mumbai, can be seen looking on at his grandson, cradled in Prince Harry's arms, in an image taken at Archie's christening in July, the Sky News reported.

Harry posted the image on the Sussexs' Instagram account, writing: "Happy birthday to His Royal Highness The Prince of Wales - Sir, Pa, Grandpa!" It was followed by a birthday cake emoji.

The black and white image taken by Chris Allerton shows the infant royal in his baptism robes. It comes a day after it emerged that Harry, his wife Meghan and Archie, would not be spending Christmas with the Queen at Sandringham.

A spokesperson for the couple told Sky News that the couple were "looking forward to extended family time" at the end of the month.

It is not yet known where they will be for Christmas, but the spokesperson said the decision "has the support of her majesty the Queen".

(This story has not been edited by NDTV staff and is auto-generated from a syndicated feed.)
Comments
prince harryprince charlessussex photo