Their three-day trip to Cuba was tacked onto their Caribbean tour of former and current British territories at the request of the UK government. 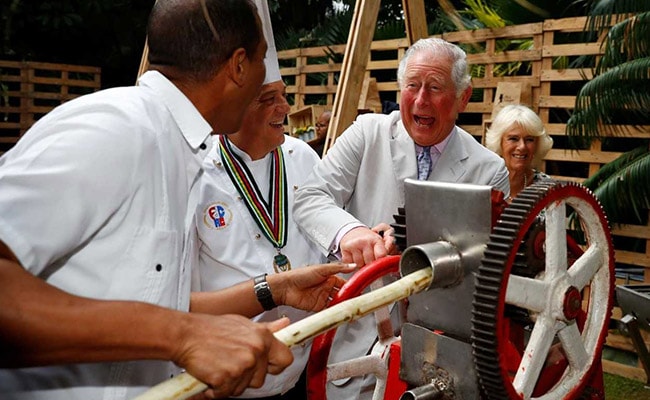 His wife may have had some initial reservations about Cuban cuisine, but Prince Charles was so enchanted that he asked for some black bean croquettes to take away with him at a tasting session during the British royals' historic trip to Communist-run Cuba.

The heir to the British throne and his wife the Duchess of Cornwall, Camilla, also ground sugar cane for juice and prepared mojitos on Wednesday in one of the private restaurants that have flourished in Havana since Cuba started opening up its economy to free enterprise.

Their three-day trip to Cuba was tacked onto their Caribbean tour of former and current British territories at the request of the UK government. The visit underscores warming relations between Britain and Cuba, even as the administration of U.S. President Donald Trump seeks to isolate the Cuban government.

"The prince took some (croquettes) to eat on the plane and I gave him the recipe because he said it was one of the things that he had most enjoyed in Cuba," said Sahily Romero, 44, the owner of the restaurant Paladar Rita y Champagne.

Hers was one of several restaurants that contributed to the buffet held on the couple's last day in Cuba, showcasing dishes from Cuban cuisine that blends native, European, African and Caribbean flavors.

Classic Cuban dishes include "ropa vieja" (literally, 'old clothes') or shredded meat and "moros y cristianos," a reference to the medieval battle between Islamic Moors and Christian Spaniards and used to designate rice and black beans.

But the restaurant owners also used those to inspire more modern fusion dishes - like the black bean croquettes.

"It was very emblematic that the prince prepared his own 'guarapo' juice, grinding sugar cane," said Lis Cuesta Peraza, the wife of Cuban President Miguel Diaz-Canel, who works for the state tourism agency Paradiso. "We feel proud."

Camilla made headlines ahead of the visit, reportedly saying she was not so sure about Cuban food, prompting the British embassy to organise the event.

Many Cubans feel their country has lost much of its culinary heritage due to food shortages resulting from central planning and financial restrictions, and uniformity in a state-run economy.

Cuba started opening up its economy to free enterprise in the 1990s, following the fall of benefactor the Soviet Union, which some say has led to an improvement in restaurant menus.

Private restaurants are now flourishing in Havana, although their owners complain about not being able to access wholesale markets or officially import. Many bring ingredients in their suitcases from trips abroad or hire others to do so.

The royal couple then departed to the last stop on their Caribbean tour, the Cayman Islands.

(This story has not been edited by NDTV staff and is auto-generated from a syndicated feed.)
Comments
Prince CharlesCuba TripUnited States