Former child movie actors in the early 1960s, the Kaczynskis grew up to train as lawyers. 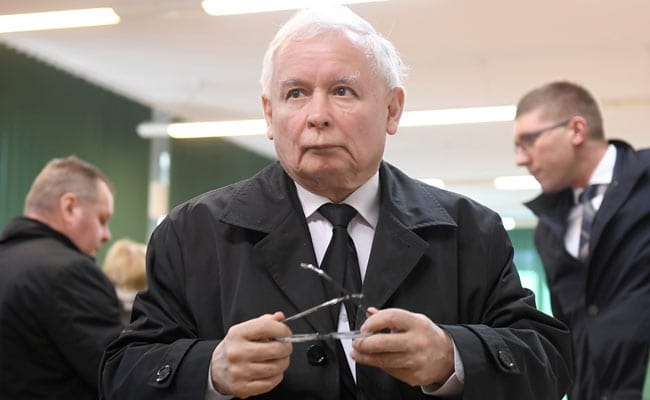 The news on the morning of April 10, 2010, that a Polish air force plane had crashed in dense fog near the Russian city of Smolensk transfixed a nation. Among the dead were Poland's president, his wife and dozens of the country's top officials.

What Poles couldn't have realized was that the political repercussions of the disaster would help transform their country from one of Europe's greatest successes into one of its biggest renegades in less than a decade.

Jaroslaw Kaczynski, the late president's twin brother, nurtured a cult of conspiracy around the crash that became the galvanizing force for a movement that made him Poland's most powerful man. It enabled him to reconfigure the country's relationship with the rest of the continent to an extent not seen since communism. His ruling Law & Justice party gained away over the courts, while state companies became political machines, civil liberties were curtailed and public television was turned into a mouthpiece.

The next phase will determine whether the new Poland is now irreversible. Opinion polls suggest Law & Justice will cement its grip on power in an election Oct. 13. To understand how the country got here, however, you need to go back to the smoldering wreckage of the Tupolev TU-154 jet in the Russian woods.

As shock gave way to questions about responsibility for the disaster, a political opportunity emerged out of great personal tragedy, according to interviews with former allies and associates of Kaczynski, 70.

He blamed the Polish establishment for plotting with the Russians to kill his brother. Subsequent investigations declared the crash was an accident. The intrigue, though, divided the country into believers and non-believers, long before the polarization of Donald Trump's America and Brexit Britain.

For Kaczynski, this was the foundation of a bid for unprecedented power: Only Law & Justice could save true Poles from a cynical elite kowtowing to Brussels and leeching a flourishing economy while others struggled to make ends meet. And they would do it in the name of God and dignity.

"Smolensk is certainly the moment of clear division into us and them," said Elzbieta Jakubiak, who worked on Jaroslaw's attempt to succeed his late brother as president in the wake of the crash. He failed, but politics had shifted, she said. "Smolensk was the natural trigger for polarization."

The mourning became political. For 96 months-one for every person who died in the crash-Kaczynski would lead marches of remembrance for the victims on the 10th of every month. On the final occasion, the eighth anniversary in April last year, a black granite monument of a stairway to the sky was unveiled in Warsaw. Memorials and statues of Lech Kaczynski were erected across Poland. Schools and streets were renamed in his honor. Opponents of the theory that he was murdered were called traitors.

Kaczynski lost more than a twin brother and lifelong ally. Lech often acted as a brake on Jaroslaw's more radical ideas, according to people who knew the pair.

Former child movie actors in the early 1960s, the Kaczynskis grew up to train as lawyers. Lech played a more prominent role in the Solidarity movement that toppled communist rule, while Jaroslaw joined the Helsinki Committee, the group that in 1983 compiled the first report on human-rights abuses under the regime.

While Lech was married with a child-the kind of family life now championed by the government-Jaroslaw, or "Jarek," lived with their mother and focused solely on politics. He said in a 2007 interview that he didn't even have a bank account and kept money in his mother's.

When Lech died, Jaroslaw commissioned three fictional editions of a national newspaper with a front-page story about how the president had been delayed abroad by a volcanic eruption, according to a biography of him by Michal Krzymowski. It meant he could initially avoid having to tell their mother, who was sick at the time.

Jaroslaw always seemed to have scores to settle, according to Danuta Przywara, who worked with Kaczynski on the Helsinki Committee, a group she now chairs and which pro-Law & Justice media say is leading a crusade against the government that's funded by George Soros.

She remembers him as being fascinated by political games, but on the periphery. As a dissident, he was never detained by the authorities, unlike her other associates.

"When I look at Jarek now, I don't know to what extent he's being driven by a desire to become father of the nation and how much of it is revenge for real or imaginary injustice," said Przywara. "Jarek was always convinced that if he was given the tools, he'd manage the transformation of Poland better, faster and more effectively."

After communism was toppled, Kaczynski supported former Solidarity leader Lech Walesa in a bitter 1990 presidential campaign before quitting as his aide in acrimony. He founded his own party, which eventually became Law & Justice.

When asked in 1994 by a Polish reporter about his dream job, he said he would like to be a "retired savior of the nation." After a second of reflection, he said he wanted to "head a strong, very influential ruling party."

Law & Justice won power in 2005, the same year Lech became president. Jaroslaw was prime minister from 2006 to 2007. But he wasn't there yet. His miscalculated bet on early elections cost him the job and Donald Tusk's Civic Platform took over.

Then came Smolensk. The crash, involving a delegation traveling to Russia to commemorate victims of a World War II massacre, ultimately became a parallel religion as Kaczynski built Law & Justice into a party capable of taking control.

In October 2015, the party won a parliamentary majority, the first of the modern democratic era. Income inequality coupled with fighting next door in Ukraine and Europe's refugee crisis let Law & Justice reinforce its message of insecurity-the threat of outside forces.

The plane crash was the "founding myth for the new revolution," said Joanna Kluzik-Rostkowska, a former party campaigner and ally of Kaczynski who is running in the election for the largest opposition party, Civic Platform. "In normal circumstances after a polarizing campaign you soften divisions, but after 2015, Law & Justice deepened divisions."

While the political capital from the crash is all but spent, the consequences endure. Kaczynski remains in the shadows as party leader with no government office, though there's never any doubt about who's in charge.

Under successive prime ministers handpicked by him, Poland's leadership fostered the narrative that it alone can defend the country's Christian identity from what it called "anti-Polonism." The party won support with generous social handouts and endorsement from the Catholic Church, as Law & Justice championed its version of morality. The government attempted to make abortion tougher, sparking nationwide protests, and it allows religion to guide sex education.

History was rewritten and enemies were found, from judges and company executives to immigrants, historians studying Poland's role in the Holocaust and, more recently, homosexuals and "nihilist" atheists.

Walesa, the Solidarity hero and Nobel Peace Prize winner and among the most famous Poles internationally, was recast as a communist informant. Funding was pulled from institutions that didn't toe the line, such as women's rights groups. A culture war was declared.

The opposition, dismissed by Law & Justice as puppets of Brussels and Berlin, is broken. Scandals ranging from a lurid tape recording of Prime Minister Mateusz Morawiecki to Kaczynski's connections with a Warsaw real estate project or a smear campaign against judges coordinated by a top justice ministry official have done little to dent the party's popularity.

A protracted standoff with Brussels and the threat of sanctions over Poland's rule of law have barely registered among voters as the economy continues to grow, EU aid keeps flowing and government largess lines the pockets of families, especially those willing to have multiple children.

A victory on Sunday would allow Law & Justice to finish its transformation of Poland, though not all polls suggest another majority. The next step might be as radical as rewriting Poland's constitution to remove remaining checks on power, as Kaczynski's ally and EU black sheep Viktor Orban did in Hungary. The party's manifesto includes plans to regulate newspapers, overhaul more of the courts and restrict immunity for judges and prosecutors.

For Jakubiak, who served as sports minister when Law & Justice had its earlier stint in government in the mid-2000s, Jaroslaw's true colors emerged from the ashes of Smolensk. "His narrative that he wants to govern alone started in 2010," she said. "And the division into us and them can guarantee that."