Many parents were waiting for their children in and around the Manchester Arena when the blast rocked the foyer of the venue as thousands of young fans and parents streamed out following the gig. 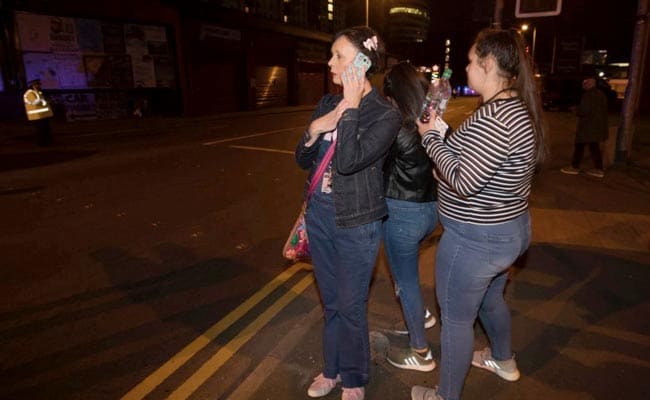 Manchester: Desperate parents and friends posted heart-wrenching messages and pictures on social media in the search for their loved ones on Tuesday after a suicide bomber killed 22 people and injured dozens at a British concert by U.S. singer Ariana Grande.

"Please...please retweet. Looking for my daughter and her friend," Michael MacIntyre wrote on Tweeter, alongside an image of his daughter Laura and friend Eilidh.

Many parents were waiting for their children in and around the Manchester Arena when the blast rocked the foyer of the venue as thousands of young fans and parents streamed out following the gig on Monday evening.

While many teenagers eventually found their friends and relatives in the chaos, some were helped to safety by bystanders, others were offered free taxi rides home and dozens were taken to nearby hotels.

Harry Potter author J.K. Rowling was one of many British artists and celebrities to help spread the word by retweeting messages and posting offers of help.

Grande, whose fan base is made up largely of teenagers and young girls, said on Twitter: "broken. from the bottom of my heart, i am so so sorry. I don't have words."

Paula Robinson, 48, was at the train station next to the arena with her husband when she felt the blast and saw dozens of teenage girls screaming and running away from the arena.

"We ran out," she told Reuters. "It was literally seconds after the explosion. I got the teens to run with me."

Robinson said she took dozens of teenage girls to the nearby Holiday Inn Express hotel and tweeted out her phone number to worried parents telling them to meet her there. She said her phone had not stopped ringing since her tweet.

"Parents were frantic running about trying to get to their children. There were lots of children at Holiday Inn."

In the hours after the blast, picture montages of smiling faces were being circulated of teens still unaccounted for after the concert. They carried the hashtag: "#PrayForManchester."

'Manchester' and #StandTogether were trending on Twitter around the world on Tuesday morning.

Prime Minister Theresa May said from the steps of her official residence at 10 Downing Street in London that the incident was being treated as a terrorist attack and the public response was showing the best of Britain.

"The cowardice of the attacker met the bravery of the emergency services and the people of Manchester," she said.

"The attempt to divide us met countless acts of kindness that brought people closer together."

On Tuesday morning, upset friends and relatives were arriving at Etihad Stadium in Manchester on the advice of police to those who needed assistance after the attack.

As Britons woke up to the deadliest militant assault in the country since four British Muslims killed 52 people in suicide bombings on London's transport system in July 2005, heart-warming stories of reunions began to emerge on Tuesday.

Riley Blackery, who had used Twitter to search for her friend Heather, shared the good news with her followers after a fellow user helped her find her friend:

"UPDATE: WE GOT HOLD OF HER, SHES SAFE!! SHES OKAY," she posted.

(This story has not been edited by NDTV staff and is auto-generated from a syndicated feed.)
Comments
manchester bomb attackAriana Grande concertAriana Grande