Oxford Vaccine Effective But Questions On Those Above 55: Report

While trial results published Tuesday in The Lancet found that a vaccine developed by the University of Oxford and AstraZeneca Plc is safe and effective, more analysis will be needed to see how well it works in people over 55, among those at higher risk from the pandemic. 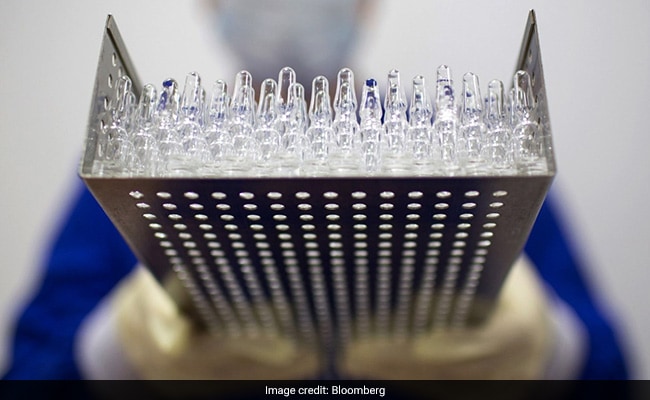 Oxford-Astra data will be scrutinized around the world, with many countries counting on vaccine.

On the day Britain began immunizing its population with a Covid-19 shot developed by Germany's BioNTech SE and the U.S.'s Pfizer Inc., a peer-reviewed study of the U.K.'s homegrown vaccine left some key questions unanswered.

While trial results published Tuesday in The Lancet found that a vaccine developed by the University of Oxford and AstraZeneca Plc is safe and effective, more analysis will be needed to see how well it works in people over 55, among those at higher risk from the pandemic.

Because older adults were recruited to the studies later than younger ones, "they've had less time for cases to accrue in those age groups and for us to be able to measure an efficacy signal," said Andrew Pollard, lead investigator on the Oxford trial. "The evidence we have so far on the immune response very much suggests that it's likely to be similar levels of protection across the ages."

The Pfizer-BioNTech shot, approved in Britain last week, could be cleared in the U.S. as soon as this week and the European Union by the end of the year as governments race to overcome a contagion that has taken more than 1.5 million lives and devastated economies. The Astra-Oxford shot looks less effective than that vaccine and another from Moderna Inc., which each showed 95% efficacy in trials, but is expected to be cheaper and easier to deploy.

The Lancet report provides the first peer-reviewed data from any of the leading vaccines. The initial data from Astra and Oxford last month appeared positive but raised concern over how much protection the shot would offer after the trials produced two different results from two dosing regimens. The partners said their vaccine was 90% effective when a half-dose was given before a full-dose booster, and that two full doses showed an efficacy of 62%.

It later emerged the lower dose was the result of a manufacturing mistake and only tested in a younger group. Astra Chief Executive Officer Pascal Soriot said in an interview last month the company would set up an additional, probably global, trial to verify the 90% result. On Tuesday, the company said it's still deciding whether to hold an additional study, while Pollard said Oxford had no plans for an extra U.K. trial at present. A separate study is already running in the U.S.

While the efficacy rate may be enough to get the vaccine approved, the variability in different subgroups and lack of data for older people should give regulators pause in rushing this through, according to Bloomberg Intelligence analyst Sam Fazeli.

"I would wait until at least the U.S. trial, which is much more tightly controlled in terms of dosing and intervals between doses, reads out before approving the vaccine," said Fazeli.

The results, based on advanced trials of 11,636 people in the U.K. and Brazil, were reviewed after 131 participants contracted Covid-19. Of those, 30 were in the group that received the vaccine and 101 in the control arm, equating to an efficacy rate of 70%, according to The Lancet data.

While the vast majority of 175 severe adverse events were deemed unrelated to the Covid-19 or control shots, one case of the neurological disorder transverse myelitis may be linked to the shot, the paper said.

Further trials to substantiate the findings and an investigation of efficacy in older adults are needed, Maria Deloria Knoll and Chizoba Wonodi of the Johns Hopkins Bloomberg School of Public Health wrote in an article accompanying the data.

The authors noted "limitations" with the results, including less than 4% of participants who were older than 70 years of age, as well as the finding that no participants older than 55 received the mixed-dose regimen. Still, they said that the expected lower price of the vaccine holds promise for lower- and middle-income nations.

"Despite the outstanding questions and challenges in delivering these vaccines, it is hard not to be excited about these findings and the existence of three safe and efficacious Covid-19 vaccines," they wrote.

The lack of clarity over the true efficacy of the Astra-Oxford jab and plans for the additional study aren't expected to hold up regulatory approvals in the U.K. and European Union, Soriot said last month, with a green light in Britain possible by year-end. U.S. approval won't come until 2021, after trials there were paused for nearly seven weeks following the incident of suspected transverse myelitis in the U.K. study. The British trial resumed in less than a week.

The Oxford-Astra data will be scrutinized around the world, with many countries counting on the vaccine to protect their populations. It will cost a fraction of the price set by Pfizer and BioNTech, and the shot from Moderna. The Astra vaccine should also be easier to deploy, with storage temperatures of between two and eight degrees Celsius, compared with minus 70 for Pfizer's shot.