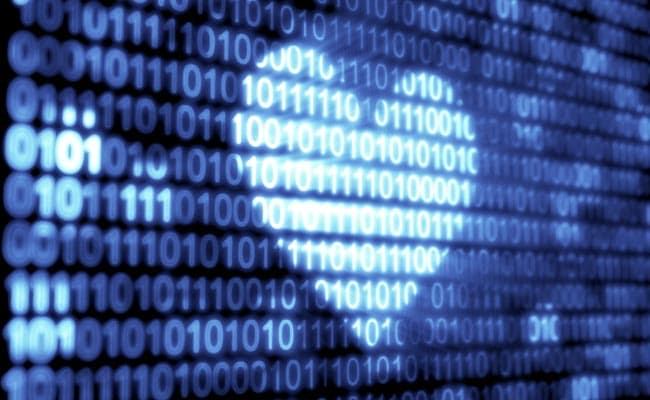 Silicon Valley is turning its attention to baby boomers and senior citizens as more of them get online and adopt new technology.

SAN FRANCISCO: Like many couples these days, Carol Tracy and Doug Main's romance began after they were paired up by a new, nifty app. But Tracy, 65, and Main, 63, didn't find each other using a service like Tinder or OkCupid. They were matched up on Stitch, the so-called Tinder for seniors.

Stitch "will match you up with people that they think have similar interests, and then you can either say whether you want to find out more about that person or not, and then you just strike up a conversation, which is how Doug and I started - we did this for many months. We were pen pals," Tracy said, laughing, with Main at her side.

Stitch, which specializes in helping those 50 and older find companions, is among a wave of new startups whose attention is placed squarely on baby boomers and senior citizens. Silicon Valley's normal reflex is to cater to the young, who adopt tech early and fill the ranks of Snapchat or Instagram. But recently a number of factors have turned the industry's attention toward older tech users: the ranks of seniors are growing fast as baby boomers retire; they have spending power and free time, and they have widely adopted smartphones and social networking.

"Those spaces have just been waiting, waiting, waiting to be disrupted, and it's just finally starting to hit people," said Marcie Rogo, 30, Stitch co-founder. "I look at the boomers, and I'm like, 'God, there's so many ways I could help these people. No one's doing it. I'm going to do it.'"

Willing, for example, is another startup focused specifically on this market and wants to disrupt the end-of-life legal market by letting users draw up legally valid wills on their smartphones and PCs within minutes at no cost and without any lawyers or notaries. Carelinx is also among this wave of 50 focused startups and takes a marketplace approach to helping families find the right caregivers for their older relatives. Techboomers, meanwhile, teaches boomers and seniors how to use popular Internet services like Netflix and Spotify for free, with extensive tutorials that include helpful videos.

"With the baby boomers living longer and having more access to innovation, cell phones, texting, all the applications, whatever it is -- it enables our generation to keep active rather than sit home and grow old in a rocking chair," Main said. "I really think it's a positive."

Fueling Silicon Valley's newfound interest in the boomer and senior market is the demographic's growing adoption of technology. The percent of those 65 and older who go online rose from 14 percent in 200o to 59 percent in 2013, according to the Pew Research Center. Slowly but surely, seniors are also beginning to adopt smartphones and tablets (27 percent) and going on social networks (46 percent of online seniors). This rise in boomers and seniors' use of tech has made it possible for the tech industry to connect with that market in ways previously not possible. And unlike younger tech users, who typically prefer to use free and ad-supported services, this older demographic is accustomed to paying for services and spends $3.2 trillion annually, according to the AARP.

"People had given up on that market segment because the friction was a little bit higher," but that is now changing, said Kevin Davis, 33, CEO of Geekatoo, a startup that connects boomers and seniors with experts who can teach them how to use technology.

Another driving factor is the aging of baby boomers, typically defined as those born between 1945 and 1964. That represents a market of more than 76 million Americans, all of whom are now at least 51 years old and grew up having enough of an exposure to tech to recognize its value.

"The United States and the world are aging at this unprecedented rate, and we just have more older adults," said Katy Fike, co-founder of Aging2.0, a company that connects startups and entrepreneurs focused on the boomer and senior market. "People always used to think about the 18-49 group, but now we say that the 50 group is a larger, growing market with lots of money to spend."

But aside from the business opportunity, many in tech are starting to feel it's their responsibility to ensure that boomers and seniors don't get left behind as the world becomes more tech-reliant and give them access to Silicon Valley-bred services that can raise their quality of life. "We need innovators, entrepreneurs to focus on how to do those things, and in a way that respects the independence and the dignity of [these users]," said Matt Karls, assistant director of strategic investments at Cambia Health Solutions, which invests in startups focused on making healthcare more affordable.

Eliam Medina, 34, the CEO of Willing, was alerted to this market when his aunt was diagnosed with a terminal illness last year. That experience forced Medina to deal with end-of-life matters for the first time and made him realize that very few people plan for their passing. Medina and his family spent countless hours and money getting his aunt's affairs in order.

"I decided to try and dedicate my life to solve this problem really for myself and for the 135 million adults in the U.S. that have zero plan - they don't have a living will or any plan whatsoever," said Medina, whose company has now been used to draw up more than 10,000 wills.

Like Medina, most entrepreneurs working on 50-plus-focused startups hopped into the market after having an experience that could've been better with targeted technology. Sherwin Sheik, 37, for example, decided to try his hand at the market after two of his relatives required caregivers. The process gave him a firsthand look at how expensive and inefficient caregiver agencies can be. He saw patients getting paired with caregivers not suited for the job, as well as caregivers getting paid minimum wage or close to that for a very difficult job.

Inspired, Sheik started his own company with a dating site-like approach to the $85 billion market, helping families find caregivers who were good matches for their relatives and signing those caregivers up as full-time employees to the families, not agencies, thus allowing them to earn more by cutting out overhead costs. Carelinx simply takes a 15 percent fee out of every invoice processed through its service.

"We do a good job in finding the right match, but then we provide all the technology that handles all the caregiving management," Sheik said. "So no matter if the loved one who's finding care for their parents lives far away or has to hold down a full-time job, they can easily use our Web and/or mobile solutions to see when the caregiver arrived and all the activities that they did on a day-to-day basis."

Creating tech for boomers and seniors is much different than doing it for millennials. While companies like Snapchat can realistically expect their users to understand their features with little to no explanation, startups catering to older users need to educate users.

Techboomers CEO Steve Black, 32, said his company designed its website with simplicity and clarity in mind, a practice common among these services. Often that means large fonts and the exclusion of design elements like drop-down menus, which are often not obvious to some older users

Similarly, startups in this market also have to approach customer relations differently. Audicus, a startup that sells hearing aids through an online shop at much lower prices than its storefront counterparts, has a vast team of representatives readily available to hop on the phone with its customers - a rarity in Silicon Valley, which almost exclusively handles questions or complaints through digital channels.

Having this team is a must considering boomers and seniors are used to having their questions answered by humans in real time, not some robot on their computer screens, said Suzanne Myklebust, Audicus' marketing and public relations manager.

"This demographic in particular, they have a hard time trusting companies over the Internet because they didn't grow up with it like younger generations," Myklebust said. "Getting the trust of our customers is something that we have really focused on."