The 29 year old women "was not in a position to give consent" -- gave birth late to a baby boy, sparking an investigation the police said 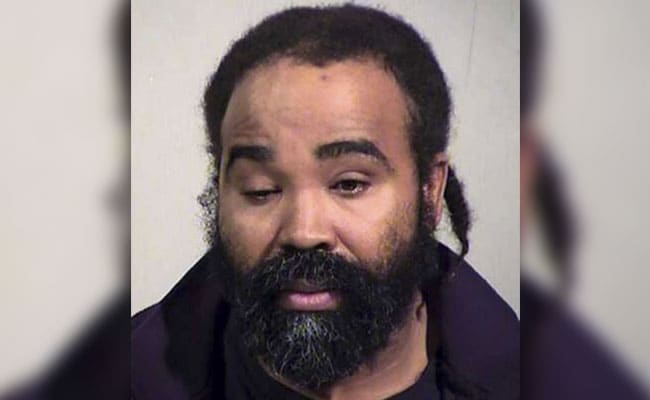 A male nurse has been arrested in Arizona on suspicion of assaulting an incapacitated woman who gave birth at a long-term care facility, in a case that has shocked the nation.

The 29-year-old victim -- who police said "was not in a position to give consent" -- gave birth late last month to a baby boy, sparking an investigation.

The suspect -- identified as Nathan Sutherland, age 36 -- has been charged with one count of sexual assault and one count of vulnerable adult abuse, Phoenix police spokesman Tommy Thompson told a news conference.

Sutherland's DNA was matched to that of the baby, leading to his arrest, according to police.

Authorities said Sutherland is a licensed practical nurse who was responsible for providing care to the victim at the time the sexual assault took place. He had worked at the privately-owned facility -- Hacienda HealthCare in Phoenix -- for about seven years.

The unidentified victim, a member of the San Carlos Apache Tribe, has been a patient at the facility for 26 years, local news reports said. Her caregivers have said they were not aware she was pregnant.

"This is a facility that you should be safe in and someone wasn't," Mayor Thelda Williams told reporters on Wednesday.

The care center issued a statement saying that Sutherland, who last worked at the facility on Sunday, was fired on news of his arrest. It added that he had undergone an extensive background check when he was hired.

"Every member of the Hacienda organization is troubled beyond words to think that a licensed practical nurse could be capable of seriously harming a patient," the statement said. "Once again, we offer an apology and send our deepest sympathies to the client and her family, to the community and to our agency partners at every level."

Phoenix Police Chief Jeri Williams said she had not encountered a similar case during 30 years in law enforcement.

In a statement issued on Tuesday through their attorney, the victim's family sought to clarify her condition, saying that she was not in a coma but had "significant intellectual disabilities as a result of seizures very early in her childhood."

"She does not speak but has some ability to move her limbs, head and neck," the statement said. "Their daughter responds to sound and is able to make facial gestures. The important thing is that she is a beloved daughter, albeit with significant intellectual disabilities."

The baby, born on December 29, is being cared for by the woman's family and is in good health, Thompson, the police spokesman, said.

"We can't always choose how we come into this life, but what we can choose to do as a community is love this child, and that's what we have the opportunity to do," Mr Thompson said.

Phoenix police were made aware of the pregnancy the day the child was born, when they received an emergency call about a baby in distress.

In light of the woman's condition, they then began to collect DNA samples of male employees at the care facility.

Authorities learned on Tuesday that Sutherland's DNA matched the baby's and he was arrested and taken into custody.

According to local news reports, Sutherland was born in Haiti and was adopted along with his sister and brought to the United States in 1969.

It said the couple, who married in 2012, have no kids but Sutherland has two underage children from a previous marriage.