"Not Sure Who Fired": Cop Killed With His Own Gun, Police In Dilemma

It was just past midnight on Sunday when Brian Mulkeen and two of his colleagues patrolled a neighborhood in the northern Bronx, tasked with ferreting out gang activity. 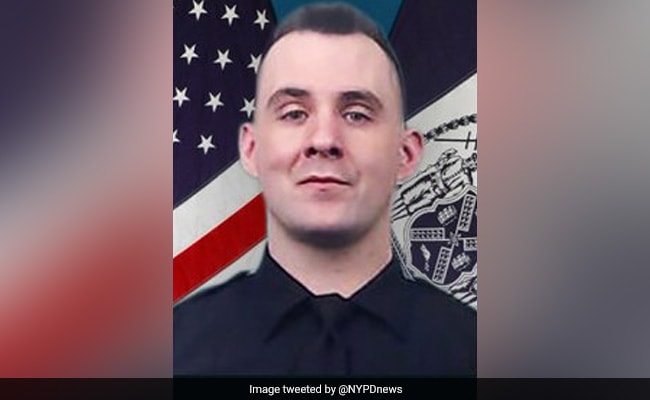 Brian Mulkeen is the second officer to be killed on duty in New York this year.

It was just past midnight on Sunday when Brian Mulkeen and two of his colleagues patrolled a neighborhood in the northern Bronx, tasked with ferreting out gang activity. The New York police officers brought their patrol car to a stop to question a man in an area known for violence, including recent shootings. The man sprinted away. The officers pursued him, and Mulkeen, joined by his partner, collided with the man.

Then five gunshots pierced the night. Mulkeen 33, was shot three times, Monahan said, and five responding officers fired their weapons at the suspect. The suspect was killed, the chief said, and Mulkeen was rushed to a hospital, where he later died.

Although the unidentified suspect's .32-caliber revolver was recovered, the chief said it was Mulkeen's service weapon that was discharged - suggesting that the suspect may have taken away the officer's gun and shot him with it.

"At this point it does not appear that the perpetrator's gun was the one that fired," Monahan said.

Mulkeen joined the force in 2013 and lived in Yorktown Heights with his girlfriend, who also is a police officer, Monahan said.

"There is absolutely no worse moment on our job than this. As we stand here this morning, a young man with a bright future who courageously patrolled some of New York City's toughest streets has tragically lost his life," Monahan said.

The 27-year-old suspect had been on probation for a narcotics-related arrest and had a criminal history that included a burglary conviction, the police chief said.

Dozens of officers lined up in the dark to give a final salute to Mulkeen, as police motorcycles and ambulances pulled away with flashing red and blue lights.

New York Mayor Bill de Blasio hailed Mulkeen as a hero doing "a job that New Yorkers needed him to do."

Mulkeen is the second officer to be killed on duty in New York this year. Detective Brian Simonsen was accidentally killed by another officer in February while responding to a report of armed robbery.

US policecrime in americanew york