North Korea's ambassador to the UN said it will join international desires and efforts for a total ban on nuclear tests. 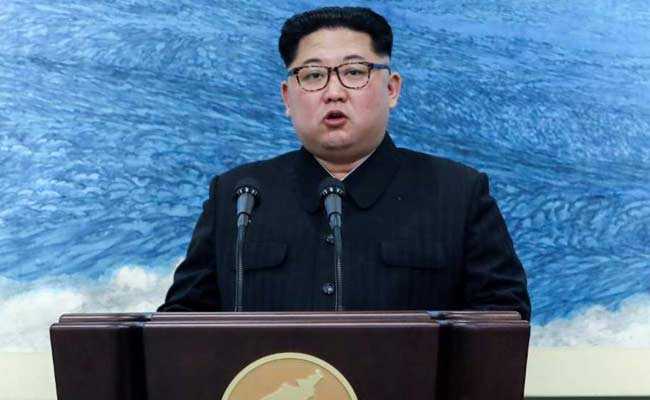 North Korea is one of eight countries with nuclear test capacity

"DPRK will join international desires and efforts for a total ban on nuclear tests," North Korea's ambassador to the UN in Geneva Han Tae-song said in an address to the Conference on Disarmament, using North Korea's official acronym.

His comment came amid a recent whirlwind of diplomacy and outreach by the long isolated regime.

Dialogue brokered by Seoul has seen US-North Korea relations go from trading personal insults and threats of war last year to a summit between Kim and US President Donald Trump in Singapore on June 12.

Kim last month announced that his country would halt its own nuclear tests and intercontinental missile launches, which was widely hailed as an important step towards denuclearising the Korean peninsula.

But Pyongyang has yet to rejoin the Non-Proliferation Treaty, which it withdrew from in 2003.

It is also one of eight countries with nuclear test capacity, including the United States, China and Iran, which have so far failed to either sign or ratify the 1996 Comprehensive Nuclear Test Ban Treaty, blocking it from taking effect.

Han, who made no reference to the treaties, told the UN assembly that his country aimed to make more "efforts to achieve the development of intra-Korean relations, defuse acute military tensions and substantially remove the danger of the war on the Korean peninsula."

"It will make sincere efforts... to establish a durable lasting peace mechanism" with its neighbour to the south, he said, urging the international community to "extend its active support in encouraging and promoting the current positive climate."

US ambassador Robert Wood meanwhile told the same forum that his country "welcomes the professed commitment by North Korea to end nuclear tests and missile launches and the shut-down of its nuclear test site."

The United States, he said, was looking forward to the June 12 summit between Kim and Trump, who only a few short months ago were swapping insults and both openly threatening devastating direct action.

Wood described the summit as "a historic opportunity to achieve peace on the Korean peninsula."

"We hope North Korea will seize the moment and take the bold steps necessary to lead North Korea to a peaceful and prosperous future."

The recent diplomatic frenzy comes after tensions on and around the peninsula had been mounting for years as Pyongyang's nuclear and ballistic missile programmes attracted increasingly strict sanctions by the UN Security Council, the US, EU, South Korea and others.

Promoted
Listen to the latest songs, only on JioSaavn.com
Asked about the continued threats of sanctions from Washington, Han warned Tuesday that they were "a dangerous attempt to ruin the hard-won atmosphere of dialogue."