Since becoming North Korea's leader in 2011, Kim Jong Un has only taken one known overseas trip by air 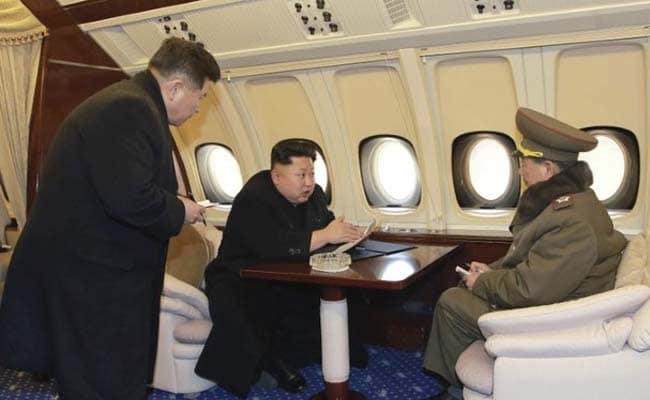 Unlike his father Kim Jong Il, Kim Jong Un is not known to be averse to flying

North Korean leader Kim Jong Un's trip to Singapore for talks with U.S. President Donald Trump poses logistical challenges that are likely to include using Soviet-era aircraft to carry him and his limousine, as well as dozens of security and other support staff.

The choice of Singapore as the site of the first-ever meeting of a sitting U.S. president and a North Korean leader was as much because it was within reasonable flight time and distance from Pyongyang as because of the island state's political neutrality, a South Korean presidential official told reporters.

Since becoming North Korea's leader in 2011, Kim has only taken one known overseas trip by air - and that was earlier this week to Dalian in China to hold talks with Chinese President Xi Jinping. He flew in his personal Ilyushin-62M jet accompanied by a cargo plane that people with knowledge of North Korean affairs say is believed to have carried his limousine.

"It looks very much like the trip to Dalian was a dry run," said Andray Abrahamian, a research fellow at Pacific Forum CSIS and formerly with Choson Exchange, a Singapore-based group that trains North Koreans in business skills.

At 4,700 km from Pyongyang's Sunan airport, Singapore is easily in the range of the Il-62M aircraft. The Soviet-era narrow-body jet with four engines was first introduced in the 1970s and has a maximum range of 10,000 km.

But the Ilyushin-76 cargo plane cannot fly more than 3,000 km without refuelling if carrying a full load. It will therefore have to stop off at a friendly location like Vietnam's capital on the way to Singapore or fly with a reduced load.

The Il-76, originally designed for moving heavy machinery to remote parts of the Soviet Union, is big enough to fit a school bus or two shipping containers inside it, according to passenger and cargo flight operator Antarctic Logistics & Expeditions.

But the cargo plane has had some safety issues. In the latest incident last month, a crash killed 257 people on board after takeoff from an Algiers air base.

Unlike his father Kim Jong Il, who died in 2011 and who travelled by armoured train on his rare trips abroad because he feared being shot down, according to a North Korean defector familiar with his security details, the younger leader is not known to be averse to flying.

But air travel of this distance does pose a significantly greater challenge in transporting communication and security equipment and personnel needed to back up a summit meeting. 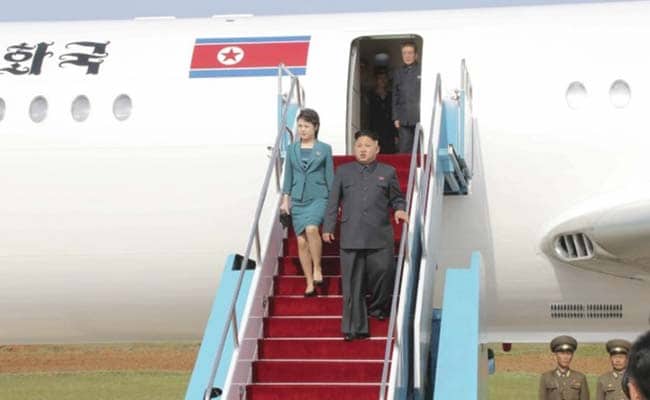 Suite Fit For A Leader

Lee Yun-keol, a defector who had worked for the North's government and now heads the North Korea Strategic Information Service Center in Seoul, said the trip will involve dozens of security personnel and equipment including possibly a personal toilet for the leader.

It will also mean burning a large quantity of jet fuel, a refined oil product sharply limited by U.N. sanctions targeting North Korea' imports. Kim's two planes will need around 50 metric tons of jet fuel per aircraft for the flight from Pyongyang to Singapore.

China, the main source of fuel for the North, exported just 3 tons of jet fuel in March and made no official exports the two previous months, according to Chinese customs data.

But the North's planes can pick up extra fuel when they fly to China and Russia for commercial operations, and international security experts believe the North may have been stockpiling the fuel which it has also used for its missile programme.

"The United States had preferred Geneva," the South Korean presidential official told reporters, requesting anonymity to discuss the arrangements for the summit meeting.

"But Singapore was selected as it was the most realistically viable destination Kim Jong Un could probably travel when considering the travel time and flight distance."

The two sides initially considered meeting in the Panmunjom truce village straddling the Korean military border, the scene of the third inter-Korea summit attended by Kim and South Korean President Moon Jae-in last month, the official said. The official said the South did not know the reason why Panmunjom was dropped.

There was no confirmation on the specific location for the meeting between Kim and Trump although there are a number of sites in Singapore that can guarantee security protection, including hotels that have experience hosting high-security events, Singapore media and a Singapore government official said.

Singapore Prime Minister Lee Hsien Loong said the country was "honoured to host it, and would do our best to facilitate a smooth and successful meeting," in a telephone call with Trump on Friday.

Trump said the summit would contribute to resolving the long outstanding issue of securing peace and stability on the Korean peninsula, Singapore's foreign ministry said.

The meeting is scheduled for one day on June 12, but if either or both of the leaders decide to stay overnight, there is only one hotel room in all of the city that meets "security protocol" for the U.S. president, according to a source with knowledge of previous U.S. presidential visits.

Biden Signs Ratification Of US Support For Sweden, Finland To Join NATO