"The highly anticipated meeting between Kim Jong Un and myself will take place in Singapore on June 12th," Trump wrote in his tweet. "We will both try to make it a very special moment for World Peace!" 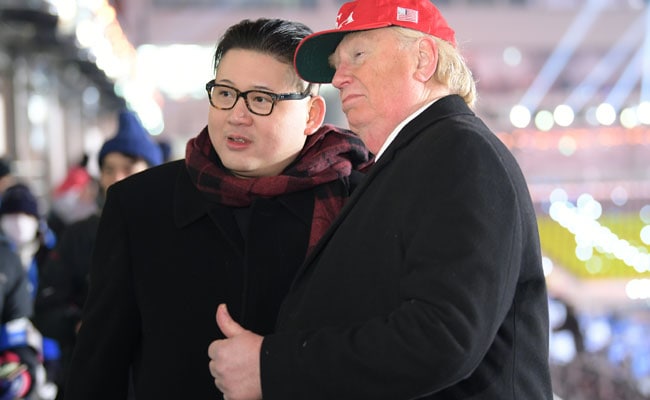 The Trump-Kim summit would be the first meeting between a sitting US president and a North Korean leader.

Trump made the announcement via Twitter just hours after welcoming home three Americans held captive for more than a year in North Korea.

"The highly anticipated meeting between Kim Jong Un and myself will take place in Singapore on June 12th," Trump wrote in his tweet. "We will both try to make it a very special moment for World Peace!"

Trump had floated other possible locations, including the demilitarized zone between North Korea and South Korea, where Kim met last month with South Korean President Moon Jae-in, which he said held the potential for being a "great celebration."

But White House aides have been eying Singapore, a tiny island nation of 5.6 million that boasts one of the most advanced economies in Southeast Asia.

Singapore maintains diplomatic relations with North Korea, which has an embassy and ambassador in the country. Singapore's ambassador based in Beijing also is responsible for Pyongyang.

"Singapore is an ideal location for this summit," said David Adelman, an attorney at ReedSmith who served as U.S. ambassador to the nation from 2010 to 2013 under former president Barack Obama.

"Really since its founding, Singapore has carefully cultivated a reputation where East meets West," he said. "They take great pride in being a friend to all. And they've done a great job doing so." 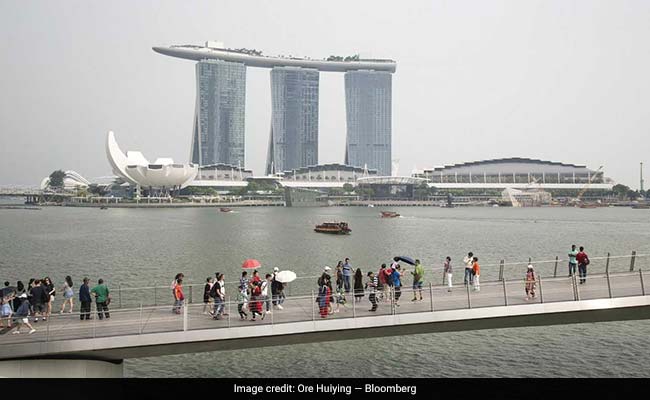 Singapore maintains diplomatic relations with North Korea, which has an embassy and ambassador.

The country has been the site of other high-profile summits. It plays host to an annual regional security conference, called the Shangri-La Dialogue, which usually draws the U.S. defense secretary and top officials from China and other nations. In 2015, Chinese President Xi Jinping and then-Taiwan President Ma Ying-jeou met in Singapore, the first meeting between the leaders of those two countries in seven years.

The Trump-Kim summit would be the first meeting between a sitting U.S. president and a North Korean leader.

"I share in the hopes of our entire nation that the June 12th meeting will further our longtime goal of denuclearizing the Korean peninsula," Senate Majority Leader Mitch McConnell, R-Ky., said in a statement. "The United States is committed to the permanent, verifiable, irreversible dismantling of North Korea's weapons of mass destruction program. I share that goal, and if it proves unachievable through these talks, I support a continuation of the policy of maximum pressure on the regime."

Some South Korean officials had hoped Trump would choose the demilitarized zone, in part because that would afford Moon a chance to potentially meet with the president quickly after his summit with Kim. Moon is scheduled to visit the White House on May 22 to debrief Trump on his own meeting with Kim and discuss strategy ahead of Trump's summit.

Singapore has enjoyed an increasingly close relationship with the United States. In 2012, the Obama administration agreed to upgrade Singapore to a strategic partner, and the countries signed an enhanced security agreement in 2015. The country has been the site of other high-profile summits.

But Singapore also has rigorously sought to maintain good relationships with U.S. rivals, especially China, which has flexed its economic and military muscle as Beijing seeks to expand influence in Southeast Asia.

Lee Kuan Yew, Singapore's founder often cautioned that when two elephants fight in the jungle, the grass gets trampled - meaning that small countries must be careful to ensure they maximize their friendships among larger powers.

Trump has pushed countries around the world to cut diplomatic and economic ties to Pyongyang as part of his "maximum pressure" strategy. Singapore has sought to abide by U.N. Security Council sanctions on North Korea, experts said, but its lucrative ports have served as a central shipping hub for North Korean exports over the years.

The president's visit to the island nation will come five days after he meets with the leaders of six other world powers - France, Germany, Italy, Britain, Japan and Canada - at the Group of 7 summit in Quebec. That setting offers Trump another chance to consolidate support for his negotiations with Kim and will give him another audience with Japanese Prime Minister Shinzo Abe, who remains skeptical about North Korea's motives.

Trump has spoken in increasingly positive terms about the summit, while cautioning that he is prepared to walk away if progress isn't being made. Trump has said any deal will have to include the denuclearization of the rogue nation.

"We're starting off on a new footing," Trump told reporters early Thursday as he welcomed the detainees back at Joint Base Andrews. "This is a wonderful thing that he released the folks early. That was a big thing, very important to me, and I really think we have a very good chance of doing something very meaningful."

To a question about Kim's motivation, Trump said of the authoritarian leader: "I think he did this because I really think he wants to do something and bring that country into the real world. I really believe that."

Trump also praised Kim for his willingness to release the three Americans, saying the North Korean dictator, who oversees one of the world's most brutal regimes on human rights, "really was excellent to these three incredible people" by letting them go.

Promoted
Listen to the latest songs, only on JioSaavn.com
Asked about those remarks, House Speaker Paul Ryan, R-Wis., replied: "I think we all should give the president some leeway on preparing for this summit."