Pyongyang said it was ready to give Washington a "severe lesson" with its strategic nuclear force in response to any US military action. 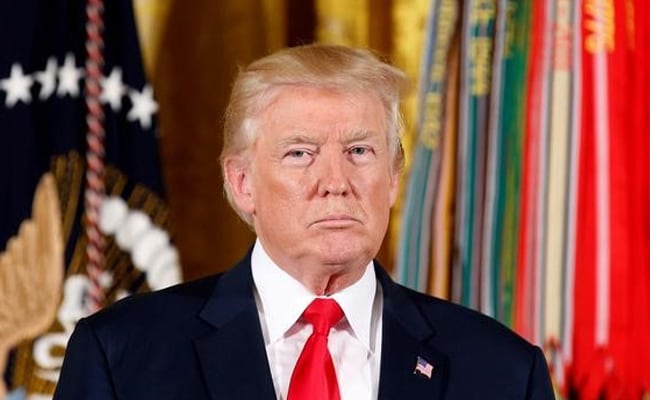 Bedminster, N.J./Beijing:  U.S. President Donald Trump on Tuesday warned North Korea it would be met with "fire and fury" if it threatens the United States.

Earlier Pyongyang said it was ready to give Washington a "severe lesson" with its strategic nuclear force in response to any U.S. military action.

Washington has warned it is ready to use force if need be to stop North Korea's ballistic missile and nuclear programs but that it prefers global diplomatic action, including sanctions.

The consequences of any U.S. strike would potentially be catastrophic for South Koreans, Japanese and U.S. military personnel within range of North Korean retaliatory strikes.

U.S. military and intelligence officials said any military action against North Korea could unleash a barrage of missiles and artillery in retaliation targeted on Seoul and U.S. bases in South Korea and elsewhere that would likely claim hundreds of thousands of lives.

"North Korea best not make any more threats to the United States. They will be met with fire and fury like the world has never seen," Trump told reporters at the Trump National Golf Club in Bedminster, New Jersey.

The U.N. Security Council unanimously imposed new sanctions on North Korea on Saturday over its continued missile tests, that could slash the reclusive country's $3 billion annual export revenue by a third.

North Korea said the sanctions infringed its sovereignty and it was ready to give Washington a "severe lesson" with its strategic nuclear force in response to any U.S. military action.

North Korea has made no secret of plans to develop a nuclear-tipped missile able to strike the United States and has ignored international calls to halt its nuclear and missile programs.

North Korea says its intercontinental ballistic missiles (ICBMs) are a legitimate means of defence against perceived U.S. hostility. It has long accused the United States and South Korea of escalating tensions by conducting military drills.

U.S. stocks closed slightly lower after Trump's comment, while a widely followed measure of stock market anxiety ended at its highest in nearly a month. The U.S. dollar index pared gains and the safe-haven yen strengthened against the U.S. currency.

U.S. Defense Secretary Jim Mattis has warned of an "effective and overwhelming" response against North Korea if it chose to use nuclear weapons but has said any military solution would be "tragic on an unbelievable scale."

The United States has 28,500 troops in South Korea to guard against the North Korean threat. Japan hosts around 54,000 U.S. military personnel, the U.S. Department of Defense says, and tens of thousands of Americans work in both countries.

Seoul is home to a population of roughly 10 million, within range of massed pre-targeted North Korean rockets and artillery, which would be impossible to destroy by a first U.S. strike.

"There is no question who would prevail in the event of war, regardless of who started it, but there also is no question about the cost," said a former U.S. government expert on Northeast Asia.

On Monday, U.S. Secretary of State Rex Tillerson held the door open for dialogue, saying Washington was willing to talk to Pyongyang if it halted its missile test launches.

Still, he maintained the pressure, urging Thailand on Tuesday for more action against Pyongyang.

"Since last year, when it forcibly implemented two nuclear tests and more than 20 ballistic missile launches, the security threats have entered a new stage," its defence ministry said in the 563-page document released on Tuesday.

South Korea reiterated further United Nations resolutions against Pyongyang could follow if it did not pull back.

"North Korea should realise if it doesn't stop its ... provocations, it will face even stronger pressure and sanctions," Defence Ministry spokesman Moon Sang-gyun told a regular news briefing. "We warn North Korea not to test or misunderstand the will of the South Korea-U.S. alliance."

"Owing to China's traditional economic ties with North Korea, it will mainly be China paying the price for implementing the resolution," China's foreign ministry in a statement on Tuesday cited Wang as saying.

"But in order to protect the international non-proliferation system and regional peace and stability, China will, as before, fully and strictly properly implement the entire contents of the relevant resolution."

China, North Korea's lone major ally, has repeatedly said it is committed to enforcing increasingly tough U.N. resolutions on North Korea, though it has also said what it terms "normal" trade and ordinary North Koreans should not be affected.