The mountaineer from Poland, Janusz Adam Adamski, was also slapped with a 10-year climbing ban. 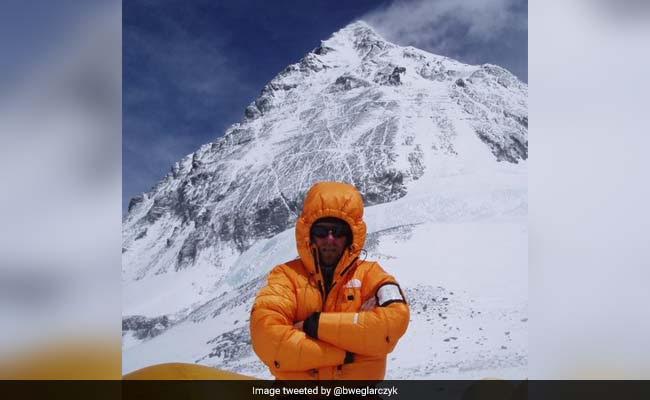 Janusz Adam Adamski climbed Mount Everest in May from the northern route in Tibet.

Nepal: Nepal said Wednesday it would deport a Polish climber who illegally entered the country by crossing from Tibet at the summit of Mount Everest.

Janusz Adam Adamski, 49, climbed the world's highest peak in May from the northern route in Tibet before descending on the southern side into Nepal.

Adamski had no entry visa for Nepal or permission to be on Everest's southern side, having only paid Chinese authorities for a permit to ascend from Tibet.

"We have decided to deport him and ban him from entering Nepal for one year, as he was found to have breached the immigration laws of Nepal," Ganga Ram Gelal, director-general of the Immigration Department, told AFP.

Gelal said police would escort Adamski to the airport on Thursday.

Last week the Pole was also slapped with a 10-year climbing ban, but authorities waived the $22,000 fine imposed on mountaineers who ascend the peak without a permit.

"The government took a light stance because he said in a statement he was alone and unwell when he reached the summit and feared for his life if he descended from the north side," said Department of Tourism spokesman Durga Dutta Dhakal.

Adamski posted on Facebook shortly after traversing from Tibet to Nepal that he was the first Pole and just the 15th person ever to achieve the feat -- suggesting it was the realisation of a lifelong ambition.

The Pole is the second foreigner to land himself in trouble with Nepali authorities on Everest this month.

Promoted
Listen to the latest songs, only on JioSaavn.com
South African Ryan Sean Davy was caught attempting to climb the 8,848 metre (29,030 foot) mountain without a permit, and was banned from mountaineering in the Nepali Himalayas for 10 years.