The former premier alleged that it is General Hameed and his team who are responsible for the realignment of its party members with Imran Khan's party. 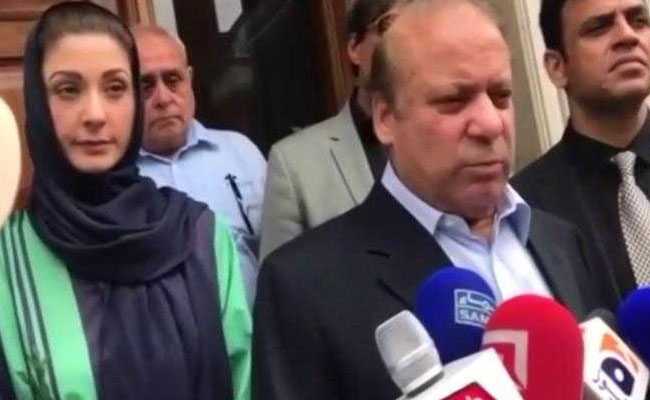 "DG ISPR Major-General Asif Ghafoor presented clarifications and justifications by mentioning ISI's Faiz Hameed. I wish such a situation should not have arrived. It is unfortunate that the justifications were made on the political affairs rather than the military ones," Nawaz Sharif said while addressing media in London.

Nawaz Sharif's remarks were made in context of Asif Ghafoor's wide-ranging July 10 press briefing on how the army will be helping Election Commission of Pakistan (ECP) for the elections wherein the DG ISPR mentioned Hameed.

Asif Ghafoor said that General Hameed and his team had been pivotal in defeating terrorism in the country. Hameed is the head of the Counter Intelligence wing in the ISI.

The former premier alleged that it is General Hameed and his team who are responsible for the realignment of its party members with Imran Khan's party.

Alleging Pakistan Army and ISI of political engineering, Nawaz Sharif also said that only the ECP has the mandate to conduct elections, and no one else could do this. He added that whatever was happening today in Pakistan had been detrimental to the its election process.

The former premier said that while he salutes the Pakistani Army, he feels they are defying the oath they have taken to not interfere in the election process.

Nawaz Sharif and his daughter, Maryam Nawaz, are set to return back to Pakistan from London on July 13. On July 6, Nawaz was sentenced to 10 years of imprisonment and a fine of eight million pounds was slapped on him in the Avenfield reference case, while Maryam was sentenced to seven years of jail and fined two million pounds, by the Accountability Court.

Nawaz's son-in-law Captain (retired) Muhammad Safdar was sentenced to one year of imprisonment. He was arrested by the National Accountability Bureau (NAB) after he appeared at a PML-N rally in Rawalpindi. He was presented in an Accountability Court in Islamabad by the NAB before being shifted to Adiala Jail.

Meanwhile, the spokesperson of the armed forces Maj Gen Asif Ghafoor pledged the institution's full support for the upcoming polls and said all "forces" that wanted to postpone the elections have slowly withered away.

The PML-N supremo and his daughter earlier said that they would surrender to the National Accountability Bureau (NAB) on their return to the country on Friday following the Avenfield verdict.

The Avenfield case was among the three corruption cases filed against the former premier and his children by the NAB on the Supreme Court's orders in the Panama Papers case.