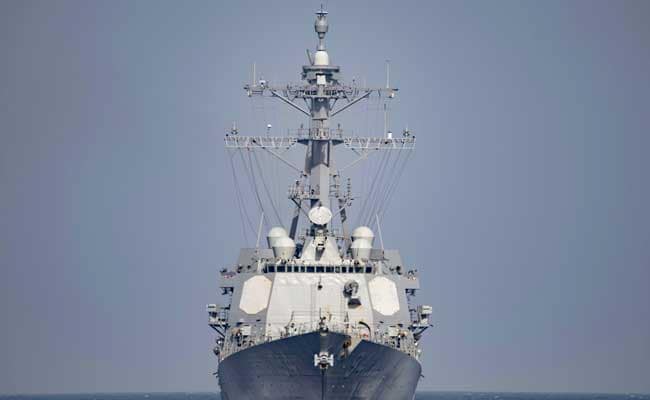 The missiles were launched from the destroyer USS Nitze at about 4 a.m. at three locations north of the Bab el-Mandeb strait, said Pentagon Press Peter Cook. President Barack Obama authorized the strikes upon the recommendations of Defense Secretary Ashton Carter and Marine Gen. Joseph Dunford, the chairman of the Joint Chiefs of Staff.

"These limited self-defense strikes were conducted to protect our personnel, our ships, and our freedom of navigation in this important maritime passageway," Cook said. "The United States will respond to any further threat to our ships and commercial traffic, as appropriate, and will continue to maintain our freedom of navigation in the Red Sea, the Bab al-Mandeb, and elsewhere around the world."

The strikes were announced late Wednesday in Washington. A defense official said the radar sites were in remote areas held by Houthi rebels where there was little risk of civilian casualties. The equipment was set up near Ras Isa, north of Mukha and near Khoka. All are on Yemen's western coastline.

The Tomahawk strikes followed cruise missiles attacks that were launched against Navy ships on Sunday night and Wednesday in Yemen. Another missile launched Oct. 1 caused near-catastrophic damage to the HSV-2 Swift, a catamaran-style high-speed vessel that was operated by the Emiratis and once was a part of the U.S. Navy. Video of the strike published online shows the ship engulfed in a fireball.

The Houthis, who use weapons smuggled from Iran, claimed responsibility for the attack on the Swift, but denied launching missiles at the Navy on Sunday. But Navy Capt. Jeff Davis, a Pentagon spokesman, said Tuesday that "the facts certainly point" to the Houthis being involved.

In the first attack launched at the U.S. Navy, two cruise missiles were launched Sunday at the USS Mason, a guided-missile destroyer, and the USS Ponce, an amphibious staging base. In that case, the first missile was launched while the ships were at least 12 miles away from Yemen's shore in international waters near the Bab el-Mandeb strait, a waterway between Yemen and Djibouti that is heavily trafficked by oilers. The ships were even farther away when the second one was launched.

In the second attack Wednesday, at least one missile was fired from rebel-held territory at the Mason, Cook said. That missile was launched at about 6 p.m. from south of the coastal city Al Hudaydah. The Houthis pushed the central government out of power in the capital city of Sanaa in 2014, and has resisted U.S.-backed efforts by Saudi Arabia to restore President Abed Rabbo Mansour Hadi to power.

Adm. John Richardson, the chief of naval operations, said in a statement Wednesday that the Navy will remain on watch in the Red Sea. He credited the crew of the Mason for demonstrating "initiative and toughness" as they defended themselves from both attacks.

"These unjustified attacks are serious, but they will not deter us from our mission," Richardson said. "We are trained and ready to defend ourselves and to respond quickly and decisively."

The Washington Institute for Near East Policy, a foreign-policy think tank, said in an analysis published Wednesday that the Mason, the Nitze and the Ponce were ordered to patrol the area north of the strait after the attack on the Swift. The analysis, published by two Navy officers and a think-tank analyst, said that the attack Wednesday removes all doubt that the missiles fired Sunday were intentionally aimed at U.S. ships.

The missiles were launched at the U.S. ships after airstrikes on the funeral of a Houthi rebel leader in Sanaa killed more than 140 people and wounded hundreds more Saturday. U.S. defense officials, speaking on condition of anonymity in order to discuss ongoing operations, said Tuesday that it is all but certain that the Saudis carried out the strike.

The Saudis have waged an air war against the Houthis since March 2015, carrying out hundreds of airstrikes. The United States has backed the effort, but slowly backed away from it in recent months as concerns rise about the number of civilians killed. The death toll is close to 4,000.

A White House spokesman, Ned Price, said Saturday that the Obama administration was "deeply disturbed" by reports of the strikes on the funeral, and launching an immediate review of U.S. support for the Saudi-led campaign against the Houthis.

The Pentagon has provided logistical support, including aerial refueling, and intelligence that can be used for targeting to the Saudis. In recent months, however, they have dramatically scaled back that effort almost exclusively to refueling, citing concerns for how the Saudis have waged their war in Yemen.