US Teens Ranked Female Classmates Based On Looks. The Girls Fought Back

The list included the names of 18 girls in the Bethesda-Chevy Chase High School's International Baccalaureate Diploma Programme, ranked and rated on the basis of their looks, from 5.5 to 9.4, with decimal points to the hundredth place. There, with a number beside it, was Behbehani's name. 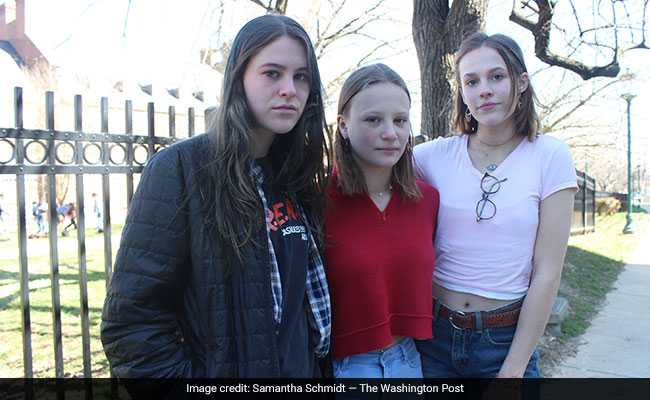 Lee Schwartz, Jane Corcoran, and Nicky Schmidt were among the girls ranked by their male classmates

Yasmin Behbehani had just walked into her third-period health class when her friend asked her if she had seen the list.

"There's a list of the girls' names," her friend Nicky Schmidt, a fellow senior at Bethesda-Chevy Chase High School in Maryland, said. "And we're ranked."

Behbehani didn't want to see the list, or know whether she was on it. She had spent the past four years recovering from an eating disorder, working hard to avoid comparing herself with others, she said. But by her sixth-period class on that Monday earlier this month, a text message appeared on her phone with a screenshot of the list, typed out on the iPhone Notes app.

It included the names of 18 girls in the Bethesda-Chevy Chase High School's International Baccalaureate Diploma Programme, ranked and rated on the basis of their looks, from 5.5 to 9.4, with decimal points to the hundredth place. There, with a number beside it, was Behbehani's name.

A group of male students in their program created the list more than a year ago, but it resurfaced earlier this month, through text messages and whispers during class. One male classmate, seeing the name of his good friend Nicky Schmidt on the list, told her about it, and within 24 hours, dozens of girls had heard about the list.

Lists like this one had silently circulated among teen boys for generations, and it has happened in more recent years at Bethesda-Chevy Chase High School, too, the students said. But it was happening now, in the era of the #MeToo movement. Women had been standing up to harassment in workplaces and on college campuses and the high school girls, who had been witnessing this empowerment, decided they weren't going to let the issue slide.

They felt violated, objectified by classmates they considered their friends. They felt uncomfortable getting up to go to the bathroom, worried that the boys might be scanning them and "editing their decimal points," said Lee Schwartz, one of the other senior girls on the list.

"Knowing that my closest friends were talking to me and hanging out with me but under that, silently numbering me, it definitely felt like a betrayal," Schwartz said. "I was their friend, but I guess also a number." 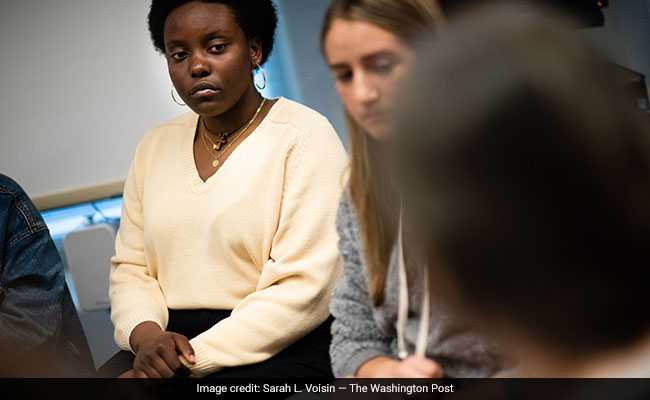 But there is power in numbers, too. Dozens of senior girls decided to speak up to the school administration and to their male classmates, demanding not only disciplinary action in response to the list but a school-wide reckoning about the toxic culture that allowed it to happen.

"It was the last straw, for us girls, of this 'boys will be be boys' culture," Behbehani said. "We're the generation that is going to make a change."

That same Monday, a group of girls reported the list to an administrator, who encouraged the students not to talk about it around school, Schmidt said. The next day, the girls learned that after an investigation, school officials decided to discipline one male student with in-school detention for one day, which would not show up on his record.

Bethesda-Chevy Chase Principal Donna Redmond Jones said an investigation revealed the list was made during school hours, and that "there was definitely discipline applied," in line with the district's code of conduct, but that she could not give any more information due to privacy concerns.

Unsatisfied with the disciplinary action, Schmidt texted about 15 girls she knew, and told them to tell all of their friends to show up at the school's main office the next day during lunch, "to tell them we feel unsafe in this environment and we are tired of this toxicity," Schmidt wrote in her text.

About 40 senior girls showed up, packing into an assistant principal's office as Schmidt read a statement she had written.

"We want to know what the school is doing to ensure our safety and security," Schmidt said. "We should be able to learn in an environment without the constant presence of objectification and misogyny."

The girls and administrators agreed that they should have a large meeting with the male students in the program, including the boys who created and circulated the list. That Friday, on International Women's Day, almost all of the students in the IB program - about 80 students - met in a large conference room for what was supposed to be a 45-minute meeting during fifth period.

Instead, the meeting lasted two-and-a-half hours. Several girls delivered personal and impassioned speeches describing not only their presence on the list, but also their previous experiences with sexual abuse, harassment, and objectification, both inside the school and outside of it. 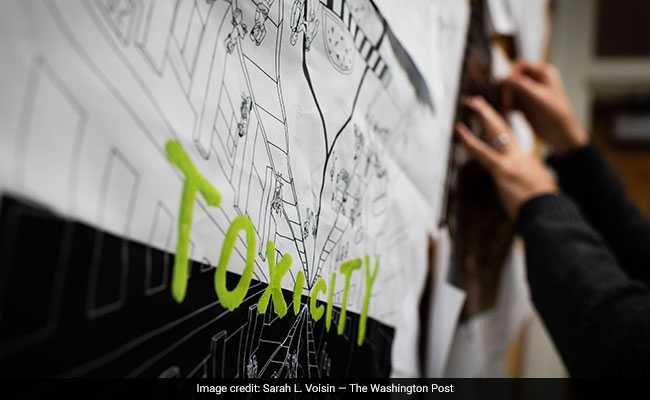 "I feel it when walking home from school, I get catcalled by a man in a truck who repeatedly asks me to get in his car, and follows me home when I don't," said Rose Frank, one of the senior girls on the list, reading from a letter she had prepared. "I feel it when my mother tells me that my third ear piercing will 'send the wrong message' in a workplace setting, and that in the future it's best to let my hair down for job interviews."

Sitting toward the center of the room during the meeting was the male student credited with creating the list, an 18-year-old senior in the IB program. After listening to all of the girls' speeches, many of which were directed specifically to him, he stood up and spoke to the group, admitting to making the list and apologizing for the hurt it caused.

"It was quite intense, being so directly confronted in front of so many people for so long," the student recalled in an interview with The Washington Post, speaking on the condition of anonymity out of fear of the repercussions he could face.

He recalled coming up with the list - which began in the 5 range for girls perceived to be average-looking - during a brief conversation with a friend during a fifth-period English class last year. He said he never distributed the list to anyone else in the grade, and he didn't know how it began circulating earlier this month. But he took responsibility for what he said was a haphazard, "stupid decision."

"When you have a culture where it's just normal to talk about that, I guess making a list about it doesn't seem like such a terrible thing to do, because you're just used to discussing it," he said in an interview. "I recognize that I'm in a position in this world generally where I have privilege. I'm a white guy at a very rich high school. It's easy for me to lose sight of the consequences of my actions and kind of feel like I'm above something."

While he regrets making the list, he said he was grateful that the girls spoke up. "It's just a different time and things really do need to change," he said. "This memory is not going to leave me anytime soon."

Since that confrontational meeting, a co-ed group of senior students - including the boy who created the list - have been gathering on an almost weekly basis at lunch time to discuss how to prevent this sort of incident from happening again.

Jones, the school principal, said she has been proud to see the students take the lead on the meetings since the list emerged. "It takes bravery, it takes being vulnerable, it takes a sense of forgiveness," she said.

The Bethesda-Chevy Chase students are planning a day next month in which pairs of students - one senior girl and one senior guy - will go to the younger students' classes to talk about toxic masculinity, said Gabriella Capizzi, one of the senior girls taking the lead on the campaign.

Some students are also organizing a pop-up museum focused on the theme of cultural toxicity. While the event was planned before the list circulated, it has now taken on a new meaning, said Gloria Karekezi, a 17-year-old senior who is working on an exhibit and who has been a part of the ongoing efforts to speak up about the list.

With the two months of high school they have left, the seniors hope to set a precedent for the younger grades, Capizzi said.

"I wasn't surprised by the list," Capizzi said. "The kids like the kid who made the list aren't the outliers. It's the people who speak up about it that are. And that culture needs to change."