All Of Argentina, Uruguay Without Electricity After Massive Outage

A massive outage has blacked out Argentina and Uruguay, leaving around 48 million people without electricity, power companies said. 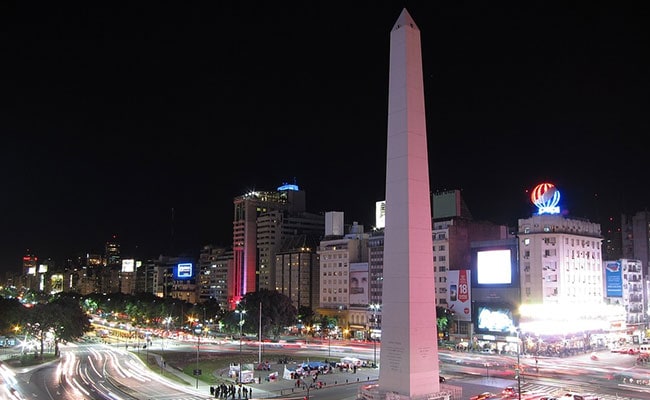 Argentina has a population of more than 44 million while around 3.4 million people live in Uruguay (FILE)

Power was slowly being restored on Sunday after a massive outage blacked out Argentina and Uruguay, leaving around 48 million people without electricity, power companies said.

The cut, which happened just after 7:00 am, also affected Paraguay, which reported short, localized losses of power.

Argentinian power company Edesur, which has 2.5 million customers, wrote on Twitter that "the restoration of the electric power service to the grid is slowly beginning."

On a blog, Edesur said that 50,000 of its customers had power back.

For its part, Uruguay's state power company UTE said it was "continuing to restore the service."

It said service was back in the northern part of the country above the Rio Negro river, as well as "part of the south coast and metropolitan area" around the capital Montevideo.

The outage was caused by "a collapse of the Argentine Interconnection System (SADI) which produced a massive power cut in the whole country and also affected Uruguay," said Argentina's energy secretariat in a statement quoted by local press.

"The causes are being investigated and have not yet been determined," it said on its Twitter account, adding that it would take "some hours" to restore power completely.

Edesur said the outage had affected in their entirety the two South American countries, which share a border along the River Plate.

Argentina has a population of more than 44 million while around 3.4 million people live in Uruguay.

Sources from the official energy agency of Paraguay, which borders Argentina to the northeast, told AP that cuts there had been "momentary."

A spokesperson for RGE, the biggest energy distributor in Brazil's southern Rio Grande do Sul state that borders both Argentina and Uruguay, said they had had no reports of cuts.

By mid-morning, streets were largely empty in a rainy Buenos Aires although some stores were open, operating with generators, while Montevideo was almost entirely without power, with only some traffic lights working.

It is Father's Day in Argentina and some restaurants were expecting many customers.

In the Tobago bar in the Boedo neighborhood of Buenos Aires, had been fully booked for lunch.

"It had to happen today," said 60-year-old waiter Pedro Salinas.

"They've cut off our legs," he added, using a famous phrase uttered by football great Diego Maradona when he was kicked out of the 1994 World Cup after testing positive for drugs.

Argentines are also going to the polls in several provinces on Sunday to elect governors, with some local media reporting voters cast ballots by candle light.

More than an hour after the blackout, UTE said its system was being brought back "from zero."