Lufthansa Pilots to go on Strike on Wednesday 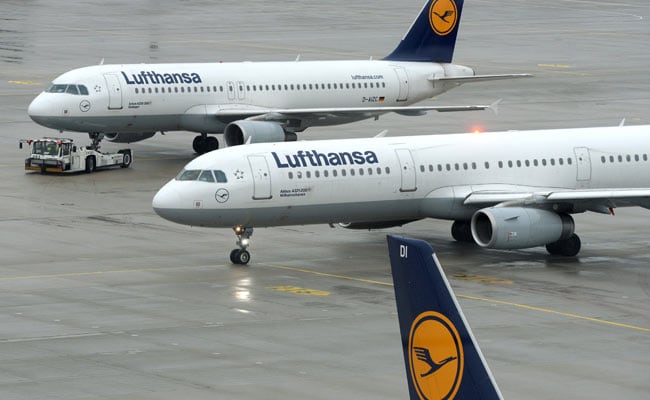 Aircrafts of German airline Lufthansa stand at the tarmac of the Franz-Josef-Strauss-Airport in Munich, southern Germany, on December 1, 2014, during a strike of pilots. (Agence France-Presse)

Pilots at German airline Lufthansa plan to strike on Wednesday as they seek to raise the pressure on management in a long-running dispute over an early retirement scheme and plans to expand budget flights.

Moves by Lufthansa to change costly wage deals and expand budget flights to cut costs and compete with low-cost carriers and rivals such as Emirates and Turkish Airlines have met with stiff resistance from pilots, who staged 10 strikes last year.

Lufthansa said the planned strike was out of proportion, especially as more talks had been scheduled for today.

"Lufthansa calls on VC to resume talks immediately," it said in a statement.

The airline said it expected to operate about two thirds of its roughly 3,000 scheduled flights on Wednesday and would publish details of flight cancellations later today.

Promoted
Listen to the latest songs, only on JioSaavn.com
Strikes by pilots and security staff cost Lufthansa 232 million euros ($245.6 million) in 2014. Last week, it forecast an increase in core earnings this year but said the forecast did not include the cost of any further strikes.

Flights at Lufthansa brands Germanwings, Eurowings, Air Dolomiti, Swiss and Austrian will be unaffected by the planned strike, as will long-haul routes.
© Thomson Reuters 2015