The Facebook pages for the automaker and aerospace innovator have been replaced by a default page noting that "content isn't available right now." 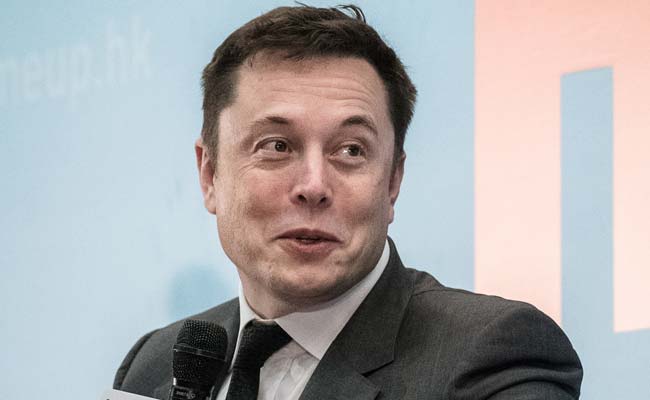 To the delight of many of his Twitter followers, Tesla and SpaceX chief executive Elon Musk on Friday followed through on a promise to delete the Facebook pages of both companies, flushing more than 5 million combined "likes" down the digital drain on a whim.

The Facebook pages for the automaker and aerospace innovator have been replaced by a default page noting that "content isn't available right now."

Musk apparently decided to take down the pages while responding to posts on Twitter, including one from Brian Acton, the co-founder of the Facebook-owned WhatsApp. Acton's tweet included the hashtag #deletefacebook.

That exchange led to a dare, as well as the revelation that Musk was unaware his aerospace company had a Facebook page tweeting:

"I didn't realize there was one. Will do."

It didn't take long for Musk to go on to delete Tesla's Facebook page, noting that the page "looks lame anyway."

By deleting (or ordering someone else to do so) his company's Facebook pages, Musk joined an online movement calling for Facebook users to sever their ties to the social media giant. The movement began with the revelation that Cambridge Analytica - a political marketing firm that worked with Donald Trump's presidential campaign - improperly harvested the data of 50 million Facebook users, raising new questions about the network's ability to protect user data.

SpaceX and Tesla have not disappeared from social media entirely. Accounts for both companies remain active on Instagram, which is owned by Facebook.

"Instagram's probably ok imo, so long as it stays fairly independent," Musk wrote on Twitter after calls for him to delete Tesla and SpaceX accounts on Instagram mounted Friday. "I don't use FB & never have, so don't think I'm some kind of martyr or my companies are taking a huge blow."

Promoted
Listen to the latest songs, only on JioSaavn.com
"Also," he added, "we don't advertise or pay for endorsements, so . . . don't care."

(This story has not been edited by NDTV staff and is auto-generated from a syndicated feed.)
Comments
Tesla and SpaceXElon Musk