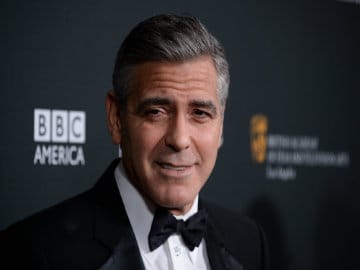 Baakline, Lebanon: Word that Beirut-born Amal Alamuddin has stolen the heart of Oscar-winning heartthrob George Clooney has caused a frenzy in Lebanon, where citizens are more used to bad news.

In Baakline, the leafy home district of Alamuddin's father in the Lebanese mountains, Ramzi Sabbagh could hardly contain his enthusiasm.

"She has made Lebanon and Baakline proud, given that she is originally from here," he told AFP.

Despite the excitement, few of Baakline's residents actually know Alamuddin, 36, whose family fled for Britain during Lebanon's 1975-1990 civil war.

Alamuddin, who was just three at the time, now holds British citizenship and is an attorney specialising in international law and human rights.

Soon after People Magazine broke the news of her engagement to Hollywood's most coveted bachelor, Lebanese internet users began expressing their delight.

"Clooney engaged to a Lebanese woman is proof that we're the best," one user wrote on Twitter.

"Only a Lebanese woman could make a husband out of Clooney," added another.

For others, the news was a chance to mock Lebanon's perennial political paralysis.

"Let's vote George Clooney president of Lebanon," wrote one wit, as the country's parliament wrangles over the choice of the next head of state.

A satirical site, in a nod to tensions between Israel and Lebanon, which technically remain at war, joked that Clooney's decision to wed an Arab had raised Israel's ire.

"Israel presses for military action against Clooney after he proposes to Lebanese girlfriend," it wrote.

In tiny Lebanon, where family ties are all-important, some Lebanese lost no time in referring to Clooney as "cousin George" - a very popular name among the Christian community.

Tongue-in-cheek, many Internet users wondered if Clooney's impending nuptials might see him switch his allegiances from the Nespresso coffee brand he promotes to Lebanon's famed brew.

Another photo circulated showed Clooney under the slogan "Mate, what else?" in reference to the yerba mate beverage loved by the Druze community that Alamuddin's family hails from.

The Druze are a heterodox offshoot of Islam whose faith is largely secret. They make up around five percent of Lebanon, which has 18 official sects, and the community is gradually shrinking.

The engagement hasn't escaped the attention of the community's influential leader Walid Jumblatt, who joked to AFP that "maybe Clooney will make a movie about the Last of the Mohicans here: the Druze!"

Contacted by AFP, Alamuddin's parents declined to comment.
"We don't want as a family to comment on our children's private life," said her mother Baria, a well-known journalist for the pan-Arab daily Al-Hayat, based in London.

Alamuddin's father Ramzi taught tourism at the American University in Beirut, and her sister Tala currently lives in Singapore. She has two half-brothers from her father's first marriage.

A source close to Alamuddin's family said Clooney and the Lebanese beauty are "madly in love," adding that her family had met the actor in the United States and liked him.

The news that Clooney, almost as famed for his bachelor lifestyle as his acting, is to marry has caused an international media frenzy, with outlets clamouring for details of the lady who has "tamed" him.

The tall brunette, who is fluent in Arabic, French and English, studied at the French school in London and holds degrees from Oxford and New York University.

She worked with the international tribunal examining the assassination of former Lebanese prime minister Rafiq Hariri and assisted ex-UN head Kofi Annan in efforts to make peace in Syria.

Beirut's Daily Star newspaper, quoting a source close to the couple said Clooney and Alamuddin are to wed in London in September.

Promoted
Listen to the latest songs, only on JioSaavn.com
But not everyone is enthused. "It's difficult to accept that she's marrying a non-Druze," grumbled a young man in Baakline.

Another resident looked blankly when asked about the subject. "George Clooney? Who's that?"